Who Were These Five Chinese Men? 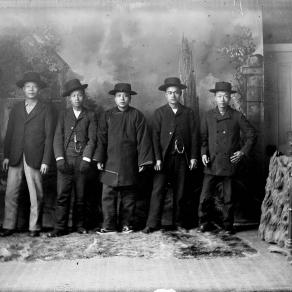 This photograph of five dapper looking young Chinese men has appeared on several different websites. On some, but not most of these sites, a caption identifying them is included.

Were They Involved In the 1871 Los Angeles Anti-Chinese Massacre?

In 2019, the photo appears in a header on a post on the blog of KCET-TV, a Los Angeles PBS station, which might lead one to infer they had been involved in the 1871 Los Angeles anti-Chinese massacre. 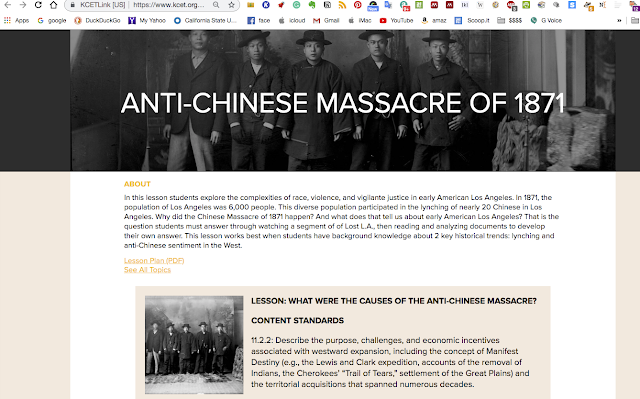 Were these men affected by the 1882 Chinese Exclusion Act?

A post on the Library of Congress website about immigration includes the image with a caption, "Chinese American men" on a page about the 1882 Chinese Exclusion Act. 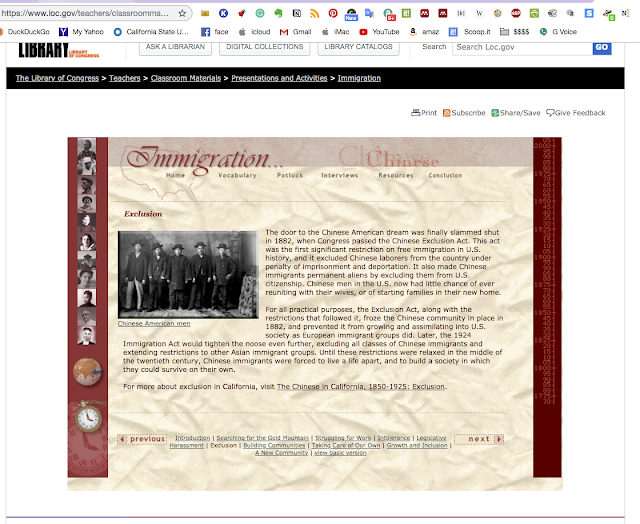 Were these 5 Chinese in Mississippi?

Another website, primarily concerned with U.S. slavery, included the photo in on a post about early Chinese immigrants in the Mississippi Delta bearing the caption, "Coming to Mississippi." 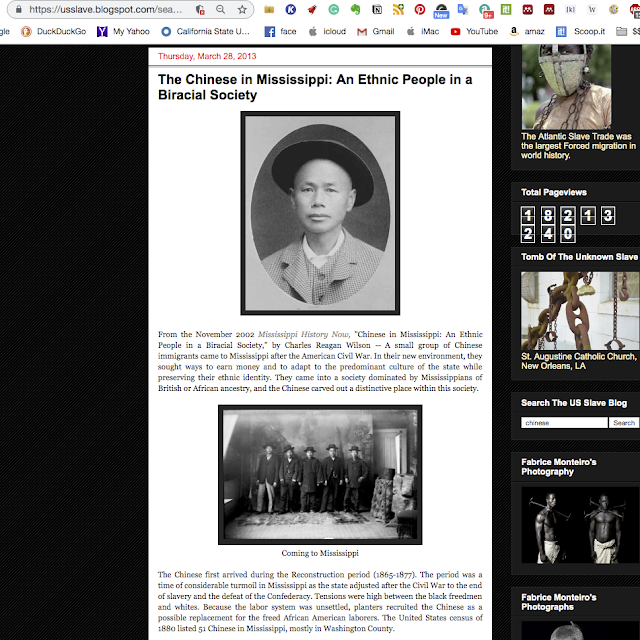 But, in an earlier post on this blog in 2015, I noted that the photo is of a studio portrait of five Chinese men in Georgetown, Colorado taken sometime between 1890 and 1910. 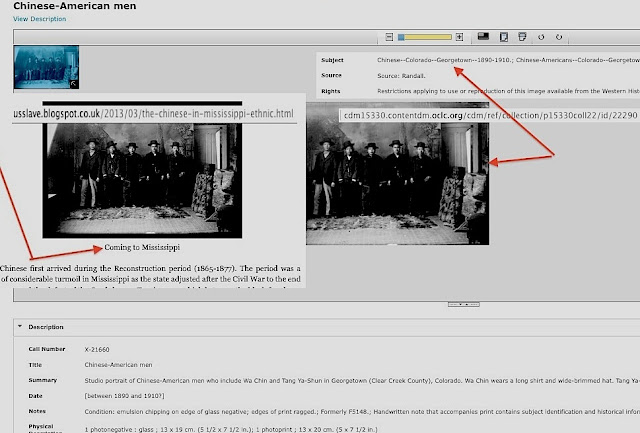 The actual photo at the Denver Library Archives shows that all of these uses of the photo were misleading.  The 5 men in the photo were posing for a studio portrait in Georgetown, Colorado, sometime between 1890 and 1910. Two of the 5 men are identified by name, Wa Chin and Tang Wa-Shun.

The photo raises some intriguing questions. One wonders why these men chose to have a formal portrait.  How were they related to each other?  What was their occupation? 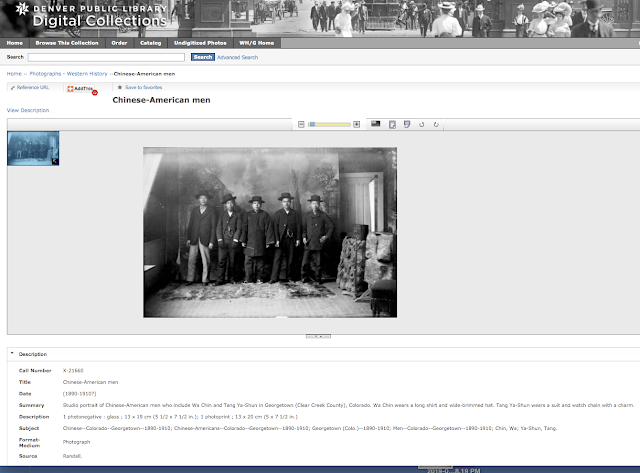 The lesson is that this photo, and undoubtly many others, that accompany articles about Chinese immigrants are inaccurate, but were included as illustrations of Chinese, even though the specific individuals in the photographs had nothing to do with the articles they accompany.

Posted by Chinese American Historian By Chance at 10:56 AM