"Chinese" Restaurants in the Mississippi Delta in 1880?

In 1880, there were few Chinese in the American South.  The Mississippi Delta had the largest number of Chinese east of the Mississippi and below the Mason-Dixon line in 1880.  Most of them were small grocer store owners or laborers.

The 1880 federal census did identify, however, three restaurants operated by Chinese. But should they be considered "Chinese restaurants" since it is highly unlikely that they would have served or their customers would have wanted Chinese food.  Remember, even chop suey, the dish that became the most popular or at least well known offering for non-Chinese was totally unknown anywhere in the U. S. until around 1900.

So, in one sense these are "Chinese" restaurants, but in another sense, they are not.  They are just restaurants operated by Chinese that served American food and probably nothing resembling Chinese food.  But since we have no access to their menus, who knows for sure? 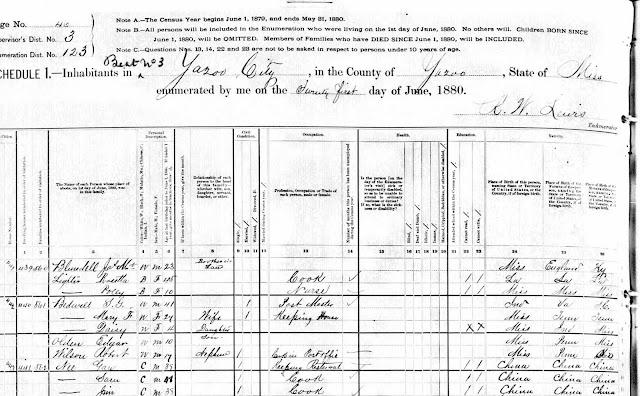 Posted by Chinese American Historian By Chance at 10:38 PM No comments: Links to this post