When one hears about the "Chinese Invasion" nowadays, it probably refers to affluent Chinese  from Taiwan and mainland China buying expensive homes in exclusive neighborhoods, often sight unseen and paid for in cash.

Over a century ago, a different form of Chinese invasion worried Americans.  Cheap Chinese labor was a real threat to jobs for the white working class.  In 1873, a book entitled "The Chinese Invasion" held that "a heathen Chinese despotism" was taking root in San Francisco over the past quarter century, and predicted 900,00 more heathens would make on their way to California. 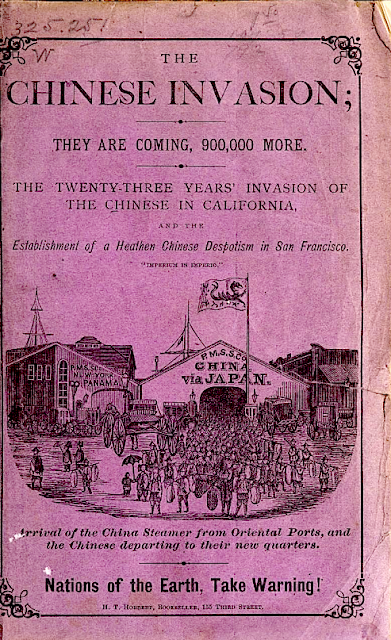 In 1880, Pierton Dooner, a supporter of Dennis Kearny, the staunch leader of anti-Chinese campaigns, wrote "The Last Days of the Republic," a fictional account of a future dystopian society run by Chinese that would be a political, social, and military catastrophe. 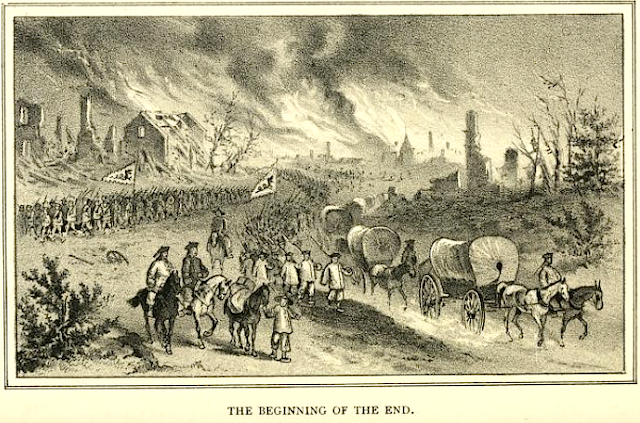 Fear and racial vilification were used in these fantasies to galvanize violence toward and restrictions of opportunities for Chinese in 19th century America. Despite such oppressive obstacles, Chinese resolve, persistence, and resourcefulness enabled them to achieve success and make major contributions to American society, although having to pay a steep price for decades of racial barriers.
Posted by Chinese American Historian By Chance at 9:46 PM No comments: Links to this post

Henry Ward Beecher, one of the most famous men in America around the time of the Civil War, was a clergyman, noted orator, and social reformer who championed the abolition of slavery, advocated women's suffrage, and opposed the exclusion of Chinese immigrants.

In an interview in 1880, on the eve of the passage of the Chinese Exclusion Act in 1882, about his views of who was his preferred candidate for U.S. president, he was also asked about his views on the violence and mistreatment of Chinese in the west. While he was outspoken in deploring the efforts to drive Chinese out of California, his position was not entirely idealistic.  He considered the economic impact, arguing that California needed cheap labor and that driving the Chinese out would set the state back 100 years. 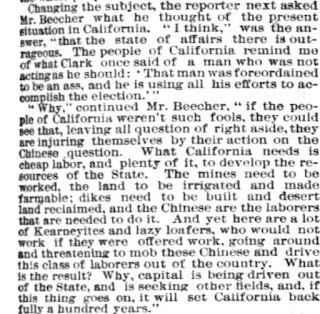 When the reporter pointed out that Chinese were moving to the east, Beecher welcomed this development, "...and let them come We want them."

Again, Beecher was not motivated by idealism, arguing that "we need some foreign element like the Chinese among us to do that labor of the more menial kind that we Americans are getting above doing. 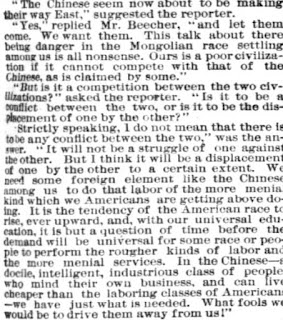 Beecher again revealed economic exploitation as his motivation or opposing Chinese exclusion in his conclusion... "In the Chinese--a docile, intelligent, industrious class of people who mind their own business, and can live cheaper than the laboring class of Americans--we have just what is needed. What fools we would be to drive them away!"

Posted by Chinese American Historian By Chance at 10:22 AM No comments: Links to this post