In 1870, there were few Chinese in the midsections of the United States, but with the completion of the Transcontinental Railroad at Promontory Point, Utah in 1869, the Chinese who helped build the Central Pacific Railroad portion were suddenly out of work.  However, their reputation as cheap, and diligent, workers led labor contractors to recruit them tto work on building regional railroads such as the Houston Central Railroad in Texas. The newspaper account on January 5, 1870 reported that 230 "Chinamen" had arrived at St. Louis en route to Calvert,Texas.  The account noted that if they worked out well, more Chinese would be recruited. It was optimistic that they would hasten the railroad construction after which they would be sent to Kansas, presumably for other railroad work. 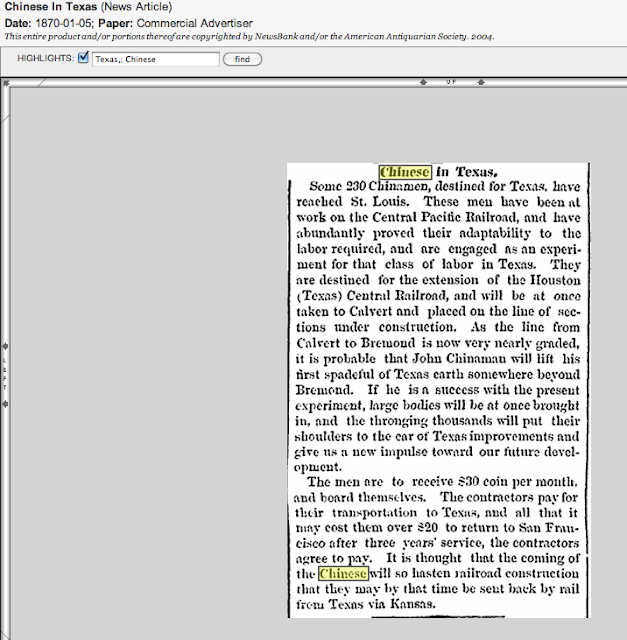 After only a few months, the Times-Picayune reported on April 10, 1870 that the experiment with Chinese railroad workers was a "decided success,"  concluding "Steady at their work, industrious when the contract hours of labor have expired, sober, frugal, willing, and mindful of the stipulations of their agreement, but exacting in the fulfillment of those in their favor, is the sum of the evidence..." 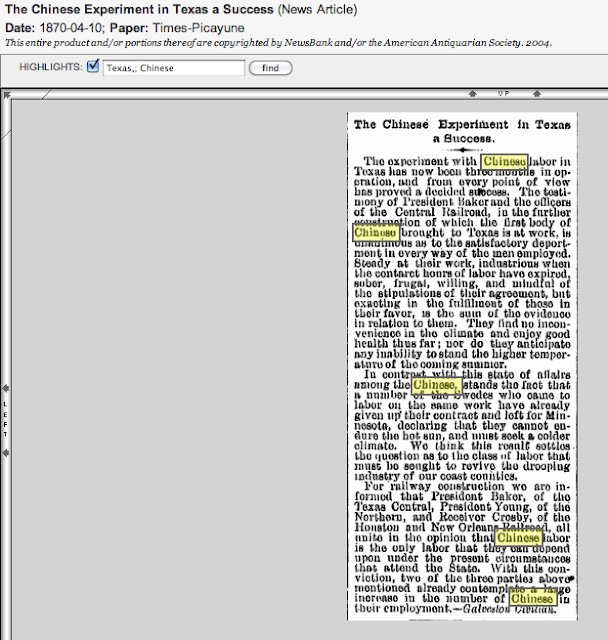