Were These "Mississippi Chinese" Actually from Colorado?

In my research on Chinese in the Mississippi Delta, I have seen many photographs of early Chinese men who settled there so I was very interested to find a post from a U. K. blog on slavery in the U. S. with a formal photographic portrait of five well-dressed Chinese men with the caption, "Coming to Mississippi." 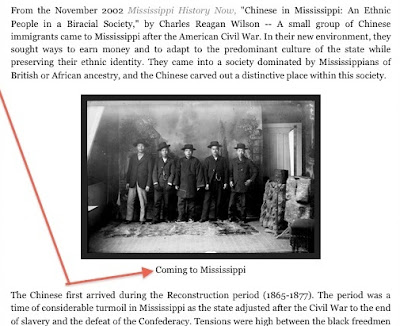 The blog had an accurate overview of the history of Chinese in Mississippi that was excerpted from an article on the web by a noted Southern history scholar, Charles Reagan Wilson.

While Wilson's article did contain the phrase "Coming to Mississippi,"  it did NOT include the photograph of the 5 well-dressed Chinese men as the segment reproduced below demonstrates. 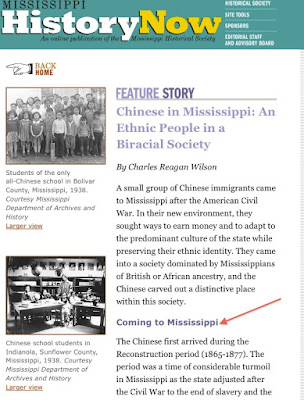 Using a tool that is a reverse image search called tin eye , I uploaded the photograph to tin eye, which revealed that this image is in a Denver Archive which identifies these men as Chinese in Georgetown, Colorado as indicated below. 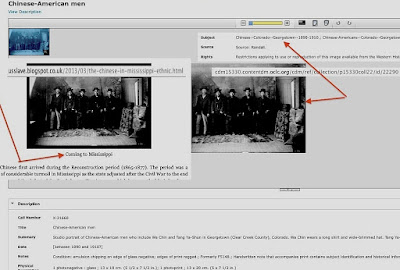 This discrepancy might seem to some as a minor error, but it is one that could have easily been avoided.  It distorts history and discredits the overall post.


Posted by Chinese American Historian By Chance at 1:24 PM No comments: Links to this post