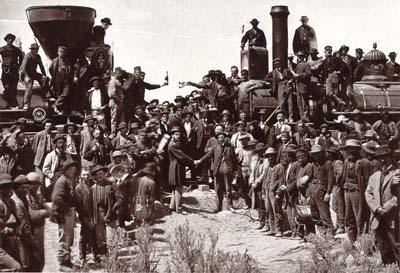 This photograph made on May 10, 1869 at Promontory Point, Utah that memorialized the completion of the Transcontinental Railroad with the driving of the "Golden Spike" failed to include even a handful of the thousands of Chinese laborers without whose incredible work the line would taken longer to be completed.

Although historical documents rendered them "faceless" and left out of the commemorative celebration, at least their names are a part of the permanent record of the 1870 U. S. Census.  Below are a sample of these Chinese who were residing in Box Elder County, Utah where the Central Pacific Railroad from the west joined the Union Pacific Railroad coming from the midwest.

Note that most of their names were of the "Ah Wong" variety.  Even though none of them were actually named "Ah," early Census takers mistakenly heard Chinese say, Ah, before they gave their names. 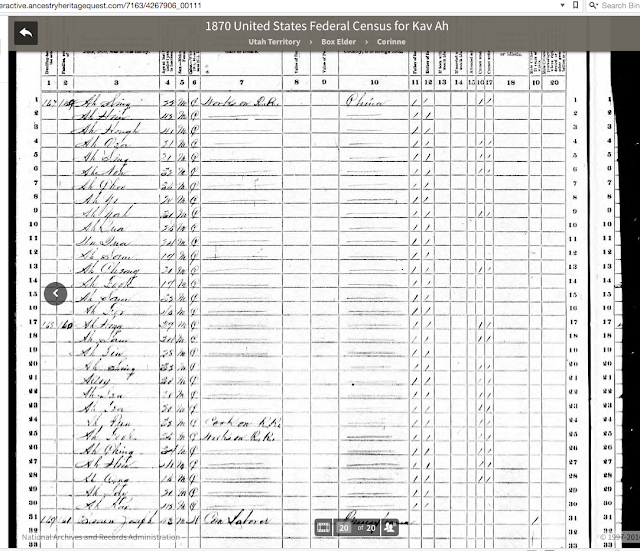 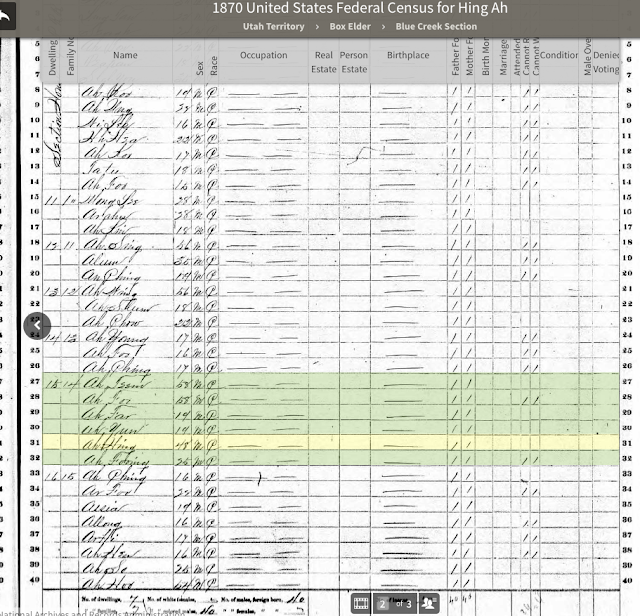 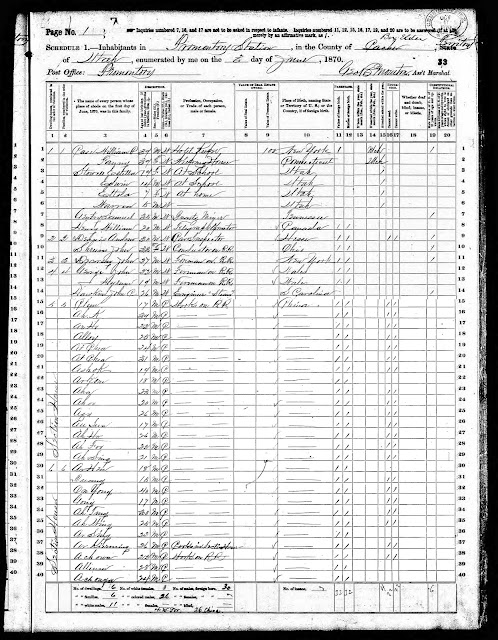 It is valuable to examine the Chinese presence in the region a decade later with the 1880 Census.  It might tell us if many Chinese were in Box Elder County after the railroad was completed.  There were some Chinese there in 1880 working for the railroad. Whether they were from the original workers or represent new laborers is not clear.  However,  other Chinese came to the region who did not work on the railroad as the sample page from the 1880 Census shows. By 1880, Box Elder County had Chinese in many other lines of work: laundry, restaurant, grocer, tailor, prostitute, doctor, engineer.
And, none of these Chinese are named "Ah." 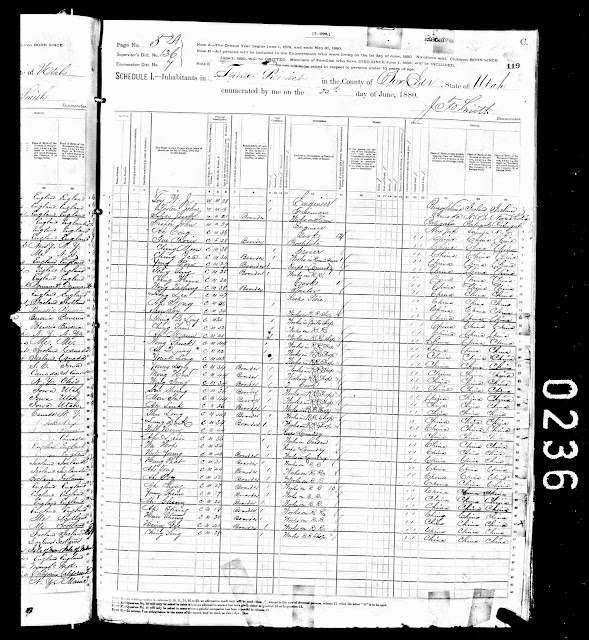 Posted by Chinese American Historian By Chance at 8:52 PM No comments: Links to this post

Chinese Immigrants Supported Family Back in Their Home Villages

Even as a young child, I knew that my father sent periodic remittances to help his family back in Hoiping back in the 1940s.  I later learned that this was a common practice for Chinese immigrants in North America to help family members back in the villages financially.

I didn't know how often or how much father sent, or how much he could afford to provide. After all, growing up I always had the feeling that we were fairly poor ourselves.  But I definitely knew my mother often complained bitterly that my father did not permit her to send money back to her family. This situation reflected the dominant role of the husband in the traditional Chinese family, and was a source of periodic marital conflict for my parents.

Not too long ago, I discovered a heart-wrenching letter that my mother's younger sister back in the home village sent her in 1951. A friend translated it into English.  She was desperately begging my father and mother to send money to help her and her children get shelter and food as they were literally living on the street. 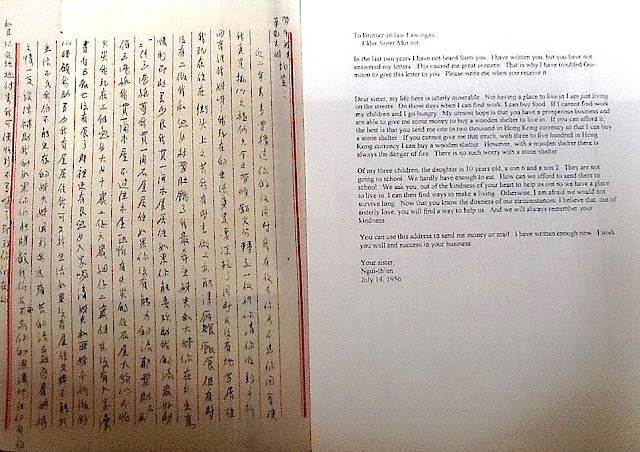 I don't know how my mother responded, but surely she must have agonized over it, and my guess is that my father was not supportive. This situation was certainly not unique for my parents but probably faced by many other Chinese immigrants in North America.
Posted by Chinese American Historian By Chance at 9:06 PM 2 comments: Links to this post