Chinese to the South 5. Smuggled in.

Among the earliest Chinese in the Deep South were men recruited to build the Augusta Canal in Georgia in the 1840s. Chinese were recruited by plantation owners to come South as cheap labor in the cotton fields after slavery was abolished by the 13th Amendment in 1865 but Chinese did not find such work to their liking and in Mississippi they become grocery store merchants.  Other Chinese who moved to the region came to work on regional railroads such as in Alabama after the completion of the transcontinental railroad in 1869.  Some of them may have stayed in the region and found other work after railroad work ended.  Remigration led some Chinese who settled first in other parts of the country to come to the South to join relatives or other Chinese from their villages in Guangdong.
A less well known source of Chinese in the South were those smuggled in from places in the West Indies such as Jamaica. The Mississippi Daily Herald reported on January 6, 1911 that 20 or more Chinese laborers were being smuggled into Mississippi, but that immigration officials knew and would be waiting for them when they arrived from Kingston, Jamaica at Pascagoula and Scranton on the gulf coast of Mississippi. 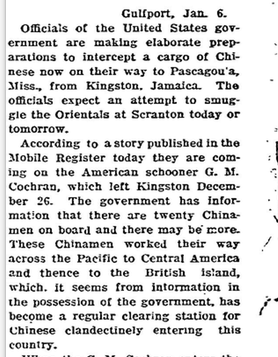 Thus, there was no single source of Chinese who immigrated to the American South. Even less is known about the extent to which Chinese in the South remigrated to other parts of the United States or returned to China. but it is reasonable to assume relocation occurred either to join relatives or to find better ways to earn a living.


Posted by Chinese American Historian By Chance at 8:37 PM No comments: Links to this post

One example is the history of an important trading town, Fort Benton, Montana.
Since there were never more than a handful of Chinese there, a virtually complete
description of the Chinese in Fort Benton, their work, and their social lives was possible. 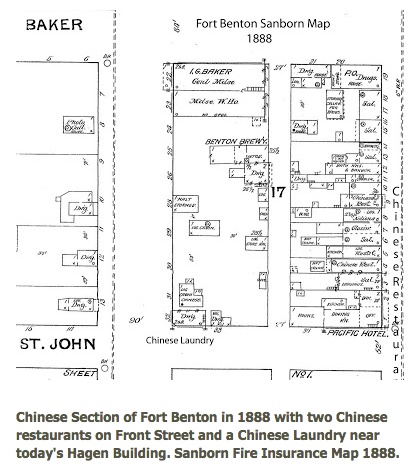 It should be no surprise that most of them ran laundries or restaurants and that they frequently encountered racial prejudices.

Life in Benton’s “Bloodiest block in the West” often featured humorous reporting on the latest incident in the Chinese quarters located there. In March 1880, the Record reported, “A shooting scrape took place among the disciples of Confucius in the Chinese quarters last Monday. No Asiatic soul was sent to the Flowery Kingdom; but the heathen who attempted to convert a live Celestial into a corpse was curtailed by Judge [John J.] Donnelly to the extent of $100 fine and costs of court. It was a heavy toll on all.”

The Fort Benton website curated by local historian Ken Robison documents the history of Fort Benton, located at the head of navigation routes on the Upper Missouri, spanning every era of Montana history! This website includes four detailed posts about the Chinese of the Fort Benton area. Excerpts are reprinted below, with links provided to the full content of these four posts.

All photos and writing are copyrighted by Ken Robison.

1.The Celestial Kingdom on the Upper Missouri: The Chinese ...


The first Chinese resident of Fort Benton is not known, but the early Chinese in the town included 32 year-old Sam Loy who operated a laundry in 1870 with Chang Haw, age 40, and Lee Wang, age 28, working as washermen. 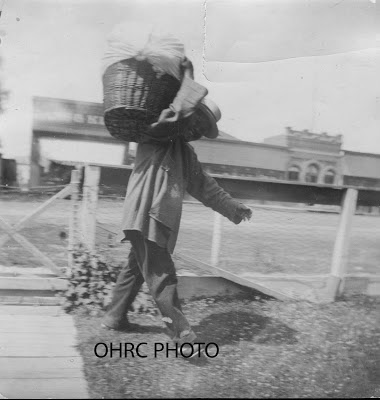 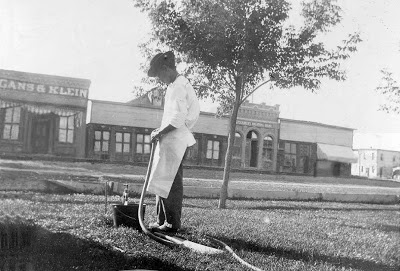 The fact is a notorious one that all the Chinese laundries about town do a little business on the side, in letting out opium pipes to smokers at fifty cents a smoke. Before the enactment of the opium law, last winter, the dealers in the drug were able to carry on their frightful trade without any possibility of molestation by the authorities, all attacks upon the business through the nuisance act, since there was no specific law to govern the case, having met with failure.....

The Chinese in Montana in the 1880s were a mobile population ranging out from the larger Chinese centers in Helena and Butte to outlying areas such as Fort Benton, Sun River, and Fort Assinaboine. In addition, the Montana Chinese traveled to and from San Francisco and even to and from China with surprising frequency.

Most Chinese in Fort Benton were unmarried, and few Chinese women lived there. In April 1884 the more tolerant Fort Benton River Press reported on the marriage of Ah Son, of Benton, and his bride Ah Hou, of Bozeman in Helena at the Mount Helena House. The couple was married “melican fashion” by Judge Sterling.

By the mid 1880s attitudes toward Chinese in some communities in Montana were hardening. From its founding in 1884, workingmen in Great Falls, with support of town leaders, had established a “don’t let the sun set on you in our town” Chinese exclusion policy. That harsh policy prevailed in Great Falls prohibiting settlement of any Chinese in the city until the mid-1930s. ...

3.The Benton Chinese Persevered and Worked On: The Celestial Kingdom on the Upper Missouri—Part III Feb 12, 2010

Throughout the 1890s the Chinese in Fort Benton and Choteau County grew in numbers and persevered. In June 1891 an unusual marriage license was issued in Fort Benton for Lee Pack Foet, “formerly of China, and Miss Long Hair, a native American, one of the first families of the Gros Ventre reservation.” The bride, Miss Longhair, 19 year-old daughter of Gros Ventres parents Bad Dog and Nice Woman, married 22 year-old Lee Pack Foet, son of Lee Foet. The wedding took place in Chinook, then part of Choteau County, with Justice of the Peace William T. Richey officiating and his wife, Fannie Richey, and Chinese Sum Land witnessing the ceremony. Lee Pack Foet lived at Fort Belknap at the time.

The Great Falls Leader provided insight into these smuggling operations when it reported, “It has been common talk on this frontier for some time that the Chinese were coming into the British possessions to the north of us and were securing entry into the United States through Montana teams. The Celestials being well provided with money were able to pay handsomely for their overland trip and it is reported that $75 per head [the price was elsewhere reported as $15] is what it is worth to a teamster and guide who will undertake to pilot the Chinamen past the custom officers and deliver them at some point on the line of the railroad traversing the central portions of the state.”

By the dawn of the 20th century, the attitude in Fort Benton toward the Chinese was mixed with some advocates and many detractors. An insightful report by a special correspondent of the Great Falls Tribune is fascinating, “The ministers of Great Falls are losing a whole lot of good material by the dictum of the labor unions excluding Chinese. The Benton Chinese have begun to take kindly to the gospel and both the Episcopal and Methodist churches have flourishing China Sunday school classes. ...

4. Historical Fort Benton: The End of the Fort Benton Chinese ...
Aug 03, 2010
In one of the few positive articles on the Chinese ever to appear in the Great Falls Tribune, the January 4, 1893 edition carried this editorial: “The Chinese have a beautiful custom which they religiously observe on New Year ...


Montana attitudes toward the Chinese ranged from total exclusion in Great Falls to toleration in Helena, Butte, and Fort Benton. The prevailing feeling in Fort Benton seemed most influenced by economic conditions and by 1920 Chouteau County homesteads was suffering hard times. By then the Chinese population in Fort Benton had declined to six, although they were still in demand as cooks. In that year young 27-year-old China-born Owen G. Fat owned and operated a restaurant on Front Street with Lew Shu as cook...