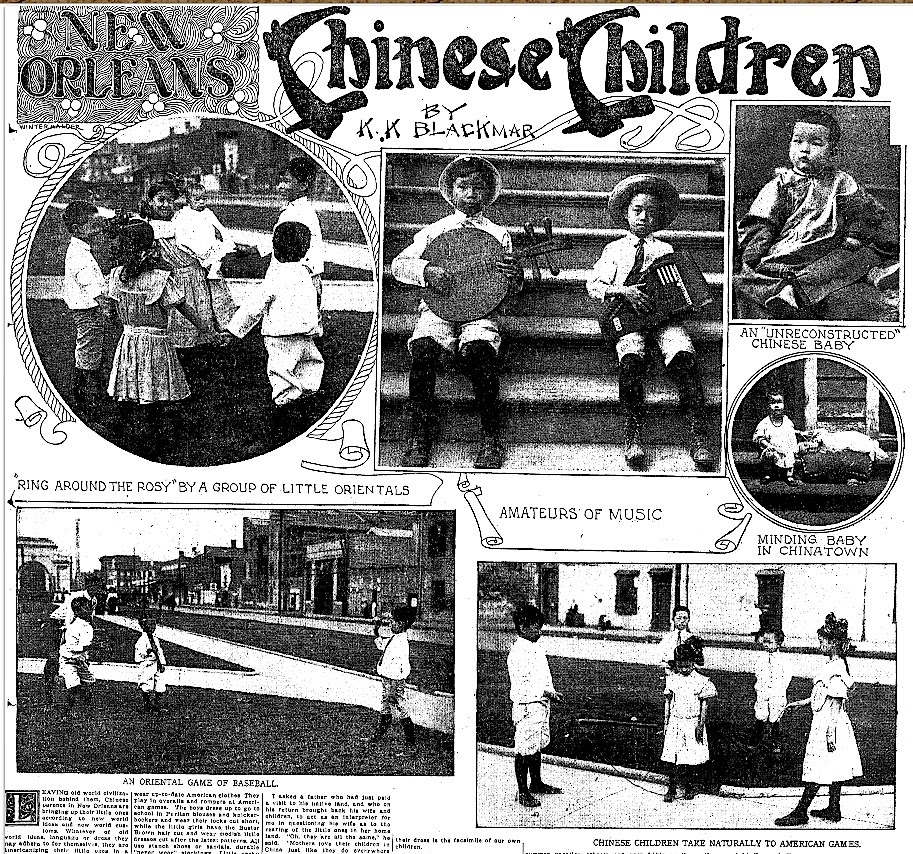 A reporter for the Times-Picayune newspaper in New Orleans analyzed the children of Chinese immigrants in 1912. He found, to his surprise, that their parents were raising their children to fit American fashions, language, and customs. He expressed amazement that despite coming from a culture several thousands of years old the Chinese could so quickly assimilate in one generation. Obviously, he held a strict hereditarian view and was unaware of, or rejected, the behavioristic revolution of John Watson that would come to dominate American psychology for the next 50 years or more. 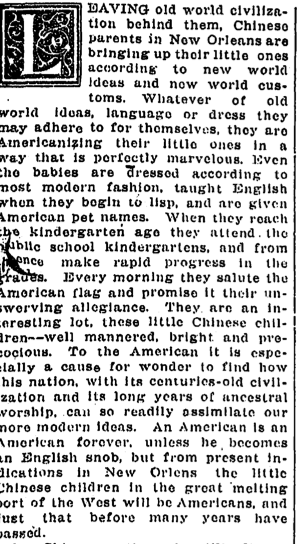 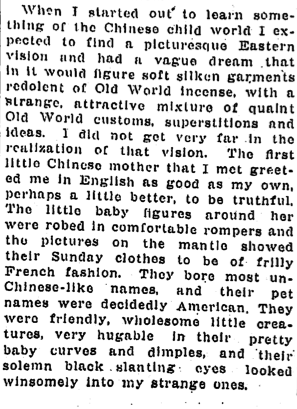 Nonetheless, he could not avoid noticing and emphasizing the "solemn black slanting eyes" of the Chinese babies gazing into his admittedly "strange ones."

It seems the reporter was having more trouble accepting the Americanized Chinese children than the latter were having in acquiring the customs of the children around them in New Orleans.

Posted by Chinese American Historian By Chance at 3:48 PM No comments: