Tacoma Remembrance of 1885 Injustice Against Chinese with Reconciliation

In 1885, one of the most outrageous acts of racism against Chinese occurred in Tacoma, Washington where Chinese were forcibly expelled from the town on very short notice.  An earlier post on this blog gives more details of this extreme action which was adopted in other western towns such as Eureka and Truckee, Nevada.

Civic leaders of Tacoma recognized the injustice of the 1885 mistreatment of Chinese and instead of ignoring this history acted to acknowledge this horrendous past and work toward some form of redress, with the creation of a Reconciliation Park, as described in an outstanding website created by students of digital media at the University of Puget Sound. 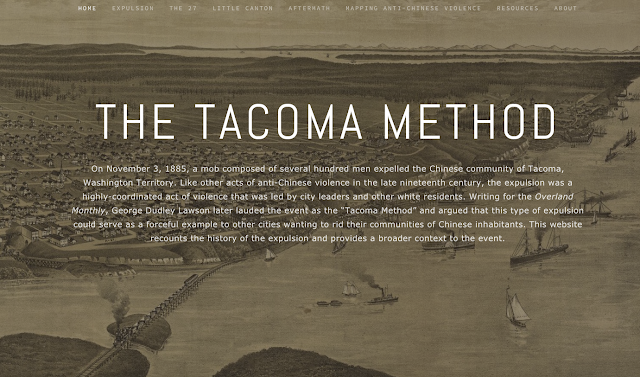 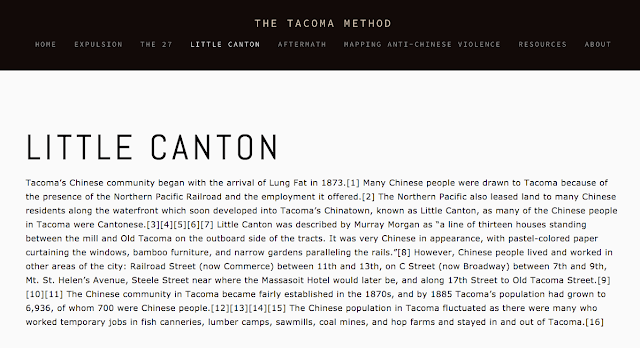 The park is a 3.9-acre shoreline plot in Tacoma, within a half mile of the site of Little Canton, where many Chinese residents of Tacoma lived before they were expelled in 1885. The park, which officially opened in 2011, currently includes a waterfront trail, a bridge with a Chinese motif, and a pavilion donated by Tacoma’s sister city, Fuzhou, China. 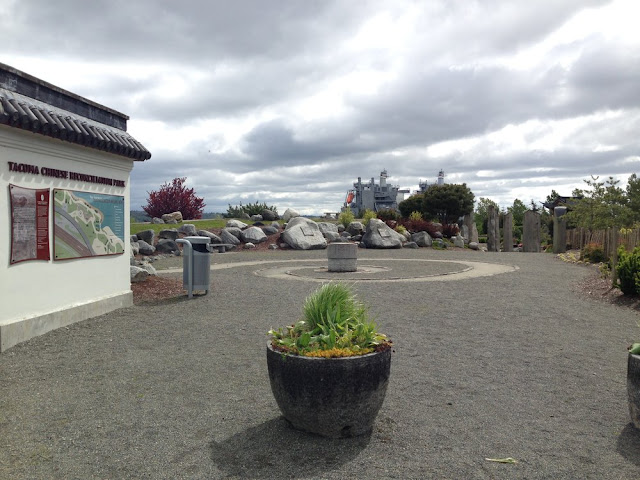 Posted by Chinese American Historian By Chance at 1:53 PM No comments: Links to this post

Chinese American History, in Chinese, for People in China

As an American Born Chinese (ABC), my research and writing on Chinese American history deals with the perspective and materials written in English mostly by other ABCs.

Recently I discovered the diligent efforts of Dai Wei, a Chinese from China living in New York, who has done some truly valuable in-depth research about aspects of Chinese American history, especially in the American South during the 19th century.  He has a blog on a website in China  http://blog.sciencenet.cn/ that that is primarily about medical and physical science topics but includes Dai Wei's blog on the history of Chinese in the U.S.

If you go to this link:

it will open in Chinese but within seconds, the page will be translated into English. 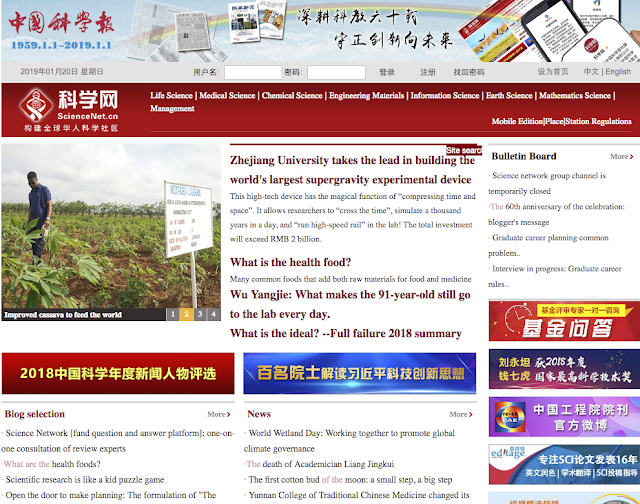 Another link takes you to the information about the earliest Chinese in the Deep South, for example.

Dai Wei's blog provides access to information written in Chinese for people who are not proficient in English.  Admittedly, there are some "translation errors" such as referring to Oakland, California, as Auckland, but they are few and usually minor.

Posted by Chinese American Historian By Chance at 9:28 PM No comments: Links to this post