Does History "Repeat" itself? The Case of Hate Crimes 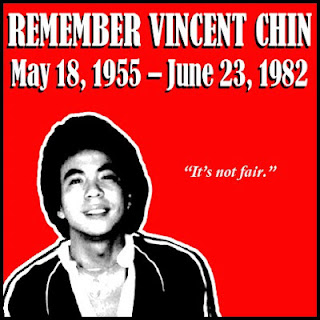 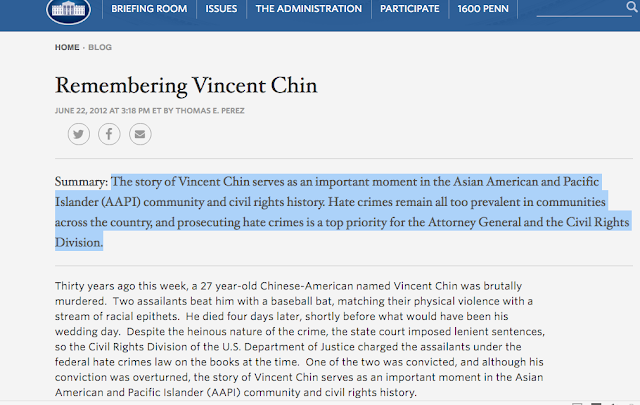 The horrific"hate crime" against Vincent Chin, sadly is not unprecedented.  An eerily similar case occurred in 1944 during WW II when a drunken sailor, Walter Harold Johnson, searching for "more Japs" mistook Tung Quan Woo, a Chinese living in Astoria, Oregon as Japanese.  Johnson murdered Woo by holding Woo's head under water in an irrigation ditch until he drowned. 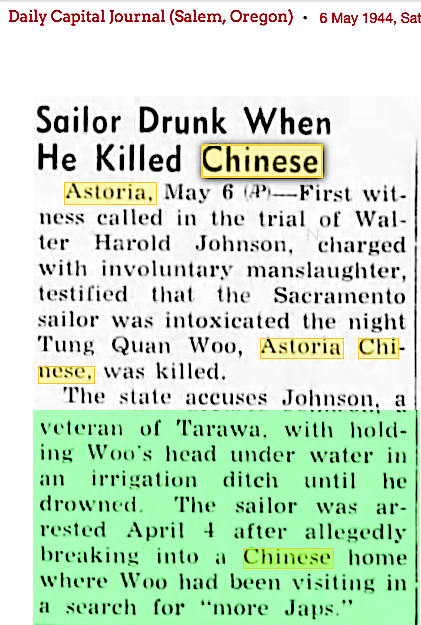 These heinous acts unfortunately never seem to end and the punishments meted out in both cases were pitifully light.

Some people react with sympathy about past tragedies, but dismiss their relevance today thinking that we now have a more enlightened and tolerant society so that such hate crimes will not happen again. Most young people today are not even familiar with the Vincent Chin tragedy, as illustrated below in the trailer of a documentary by Curtis Chin.  Such lack of awareness of the past only serves to increase the likelihood that history will repeat itself. 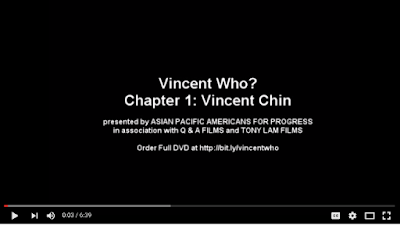 Posted by Chinese American Historian By Chance at 1:19 PM No comments: Links to this post