Is Stupidity Grounds for Denying Admission to the U.S.?

In 1906  Mark Gou Yung, an American born Chinese was seeking reentry to the U. S. after living in Hong Kong for an extended period of time.  After interrogating Yung, the Examining Inspector denied Yung's petition, adding insult to injury saying, he is either "poorly coached or very stupid." 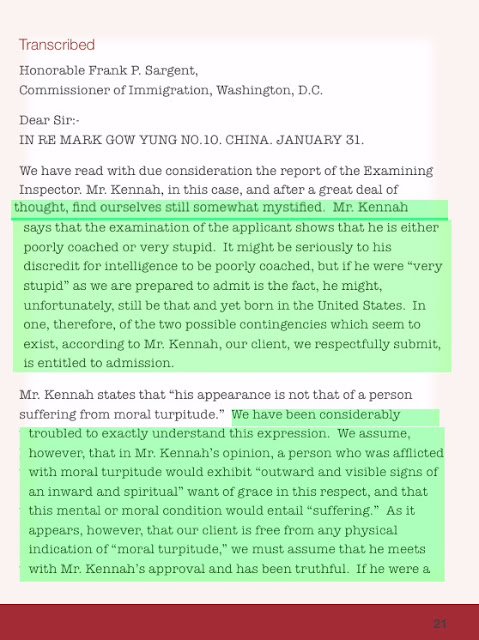 In the defense, Yung's attorneys conceded that the Inspector might be correct in his conclusion, but they insisted that since Yung was born in the United States he should still be admitted even if he is very stupid.

As bizarre as the defense strategy might sound, it had legal precedence just a few years earlier when in 1898, the U. S. Supreme Court ruled in favor of Wong Kim Ark in a decision that is now known as  the case that defined birthright citizenship, a contemporary hot topic. 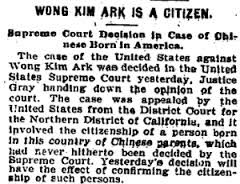 Posted by Chinese American Historian By Chance at 9:50 PM No comments: Links to this post