The Chinese Exclusion Law of 1882 created an unintended opportunity for unscrupulous exploitation of young Chinese women who were forced into lives of prostitution.  Chinese laborers, unable to bring their wives from China and blocked from marrying white women by anti-miscegenation laws, provided a large demand for the illicit sex trade. There were many accounts of girls in China sold into slavery, kidnapped, or deceived into coming to Gold Mountain where they were forced to become prostitutes.

On November 23, 1887, a Chinese woman named Fong Chun Shee was accused of bringing three young Chinese girls for "immoral purposes." She allegedly bought the young girls, who came from the poorest level of society, from their mothers and supplied the girls with false identities.

Fong Chun Shee, despite the strong evidence against her, was not convicted as the jury was not persuaded in two trials, and it appeared unlikely that there would be any further attemtp.  The slave girls who testified against Fong Chun Shee were deported back to China.

Posted by Chinese American Historian By Chance at 2:44 PM No comments:

The participation of Asians and Pacific Islanders soldiers in the Civil War is not generally known. This winter, the National Park Service will publish a book to recognize these few men who fought in the Civil War on both sides of the conflict. 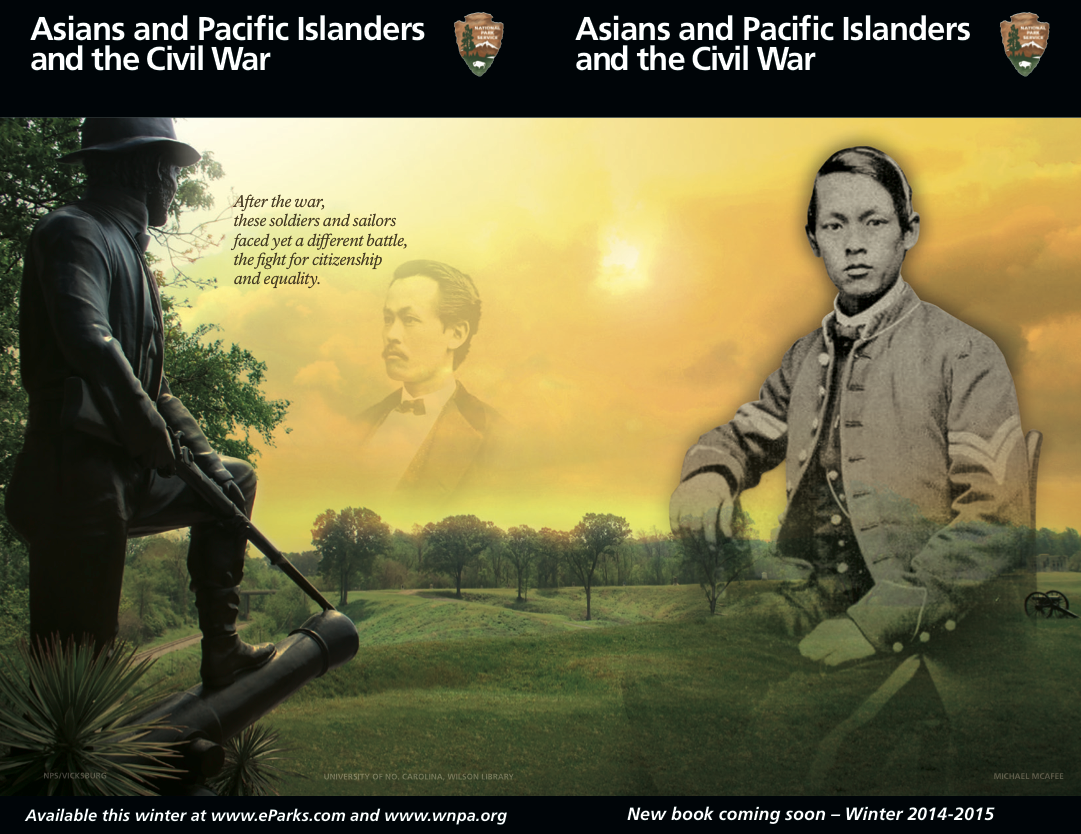 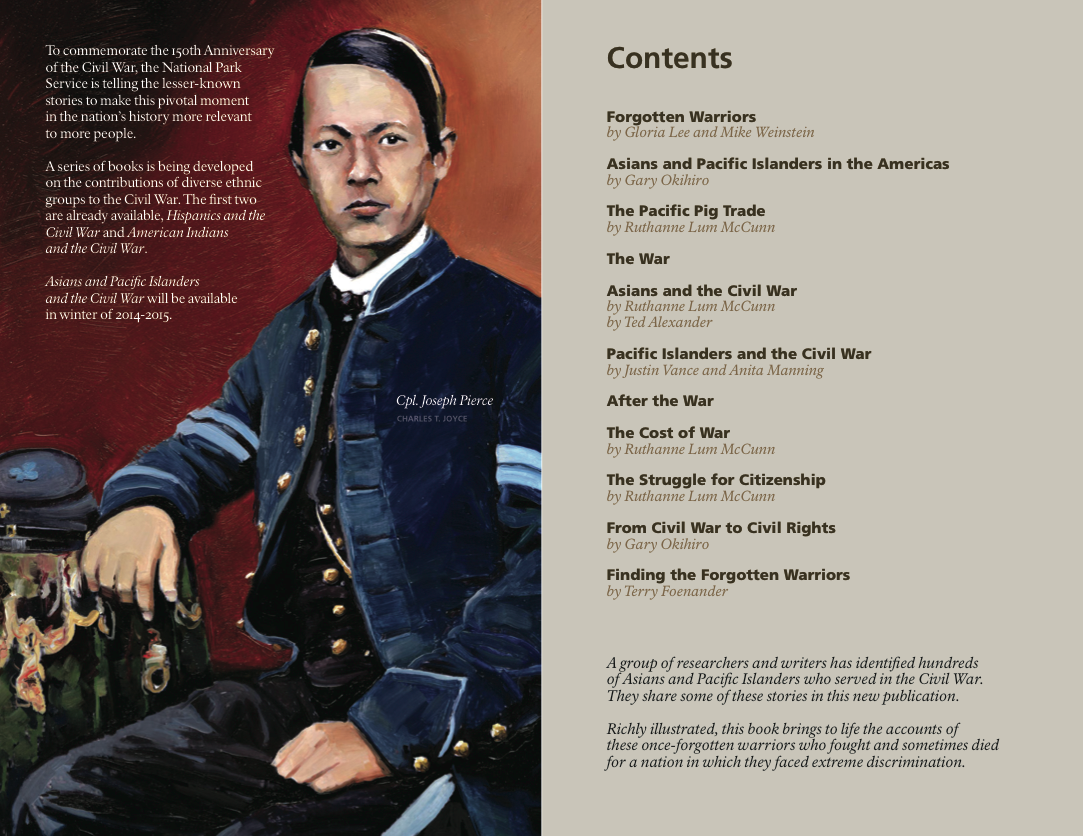 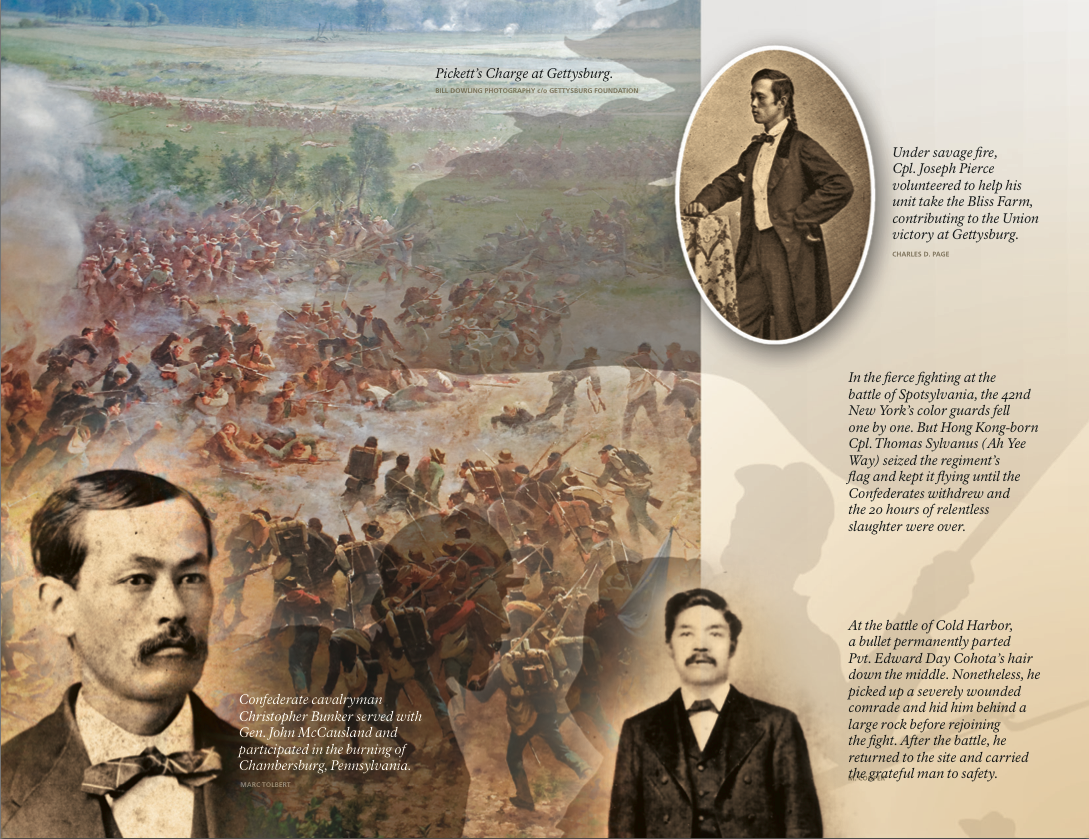 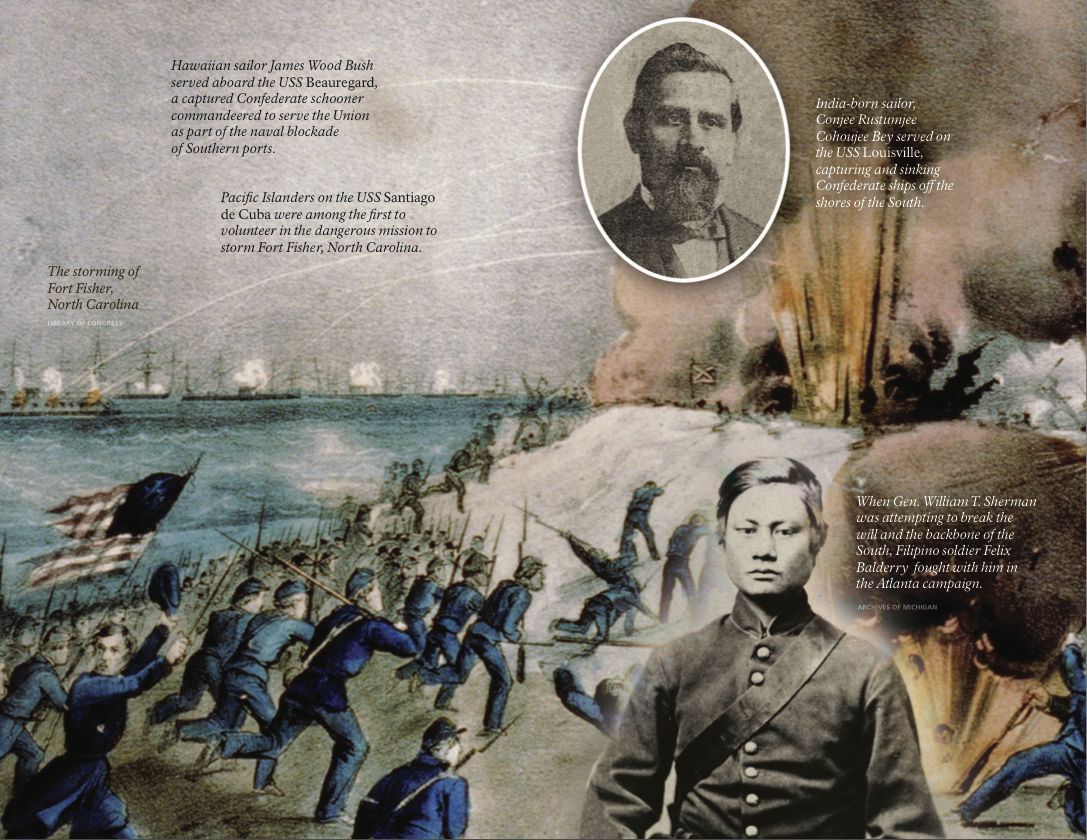 Posted by Chinese American Historian By Chance at 7:19 PM 1 comment: