The Barber of Chinatown

Before the 1911 Chinese Revolution overthrew the Qing Dynasty, Chinese immigrant men wore "queues" or a long braided tail of hair at the back of the head as a sign of allegiance to the Manchu. 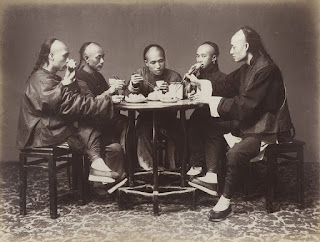 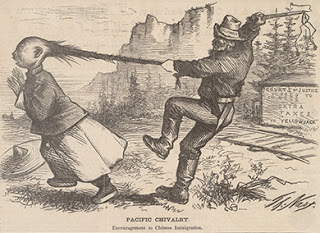 It was often mocked by white Americans, and a source of torment for Chinese men.

How did Chinese men have their hair cut? Since they were not welcome in white barber shops, nor did the Chinese wish to patronize white or black barbers, they faced a problem.  An interpreter told the reporter that his countrymen were afraid that they might be decapitated or otherwise injured by colored tonsorial workers. 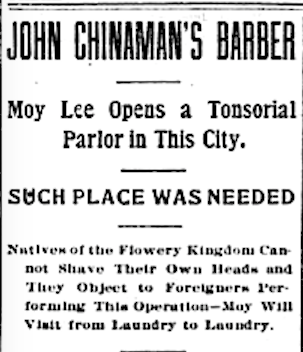 In 1896, therefore, when Moy Lee opened a "tonsorial parlor" in Washington, D. C., there was occasion for rejoicing according to a local newspaper article that publicized his arrival. 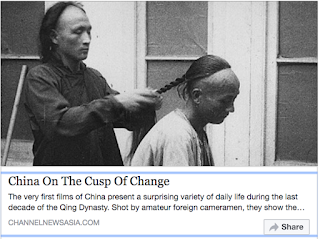 Moy Lee was described as a "dapper little fellow, who struts about his shop proudly attired in a sky blue pea jacket and flowing nether garments of a rather loud pattern."
Posted by Chinese American Historian By Chance at 9:24 PM No comments: