Illustrations of "cartoons"and drawings as political and social commentary has a long history. 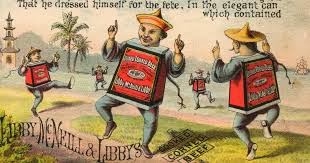 Chinese were targets of negative stereotyping in many images created during the late 19th century to promote anti-Chinese feelings that led to the Chinese Exclusion Act of 1882 that was renewed and continued until 1943. 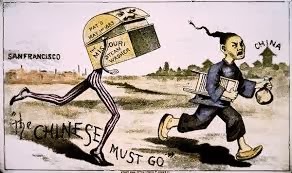 Popular forms of fiction such as dime novels in the early 1900s also generated negative images of Chinese, focusing on the seedy aspects of opium dens, tongs, and slave girls which in some form or another filled dozens of issues of Old and Young Brady, Secret Service Detectives. 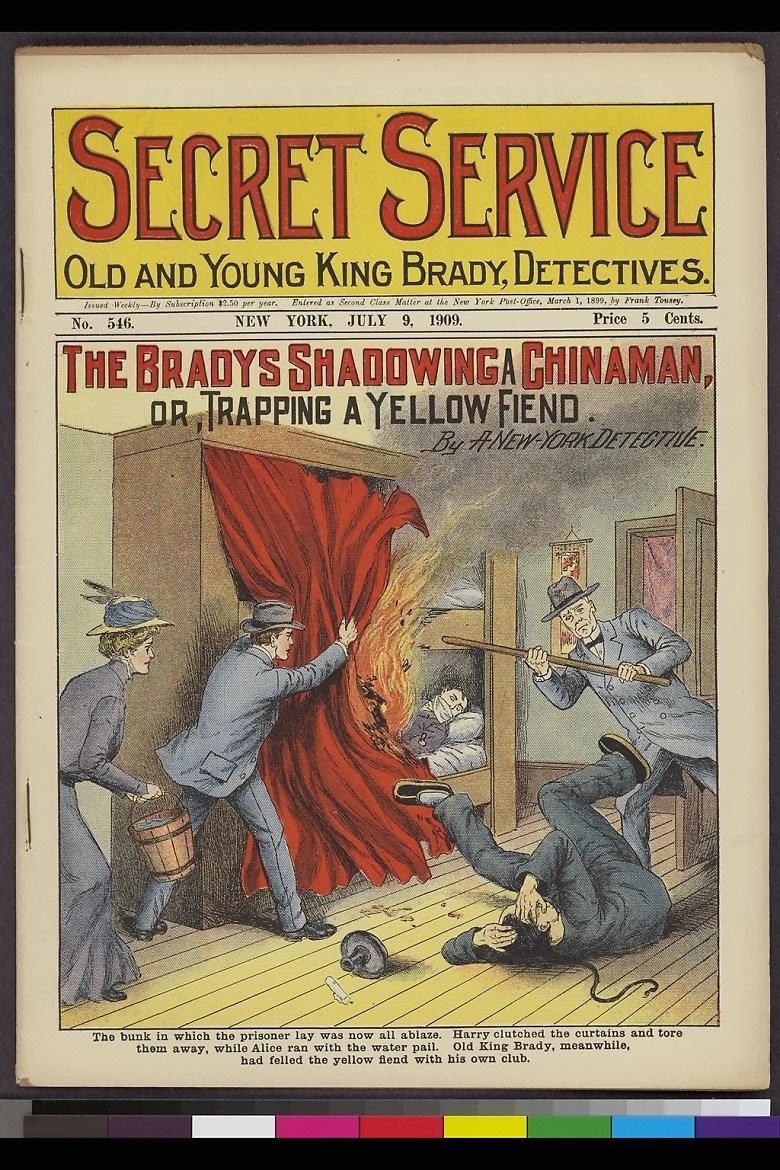 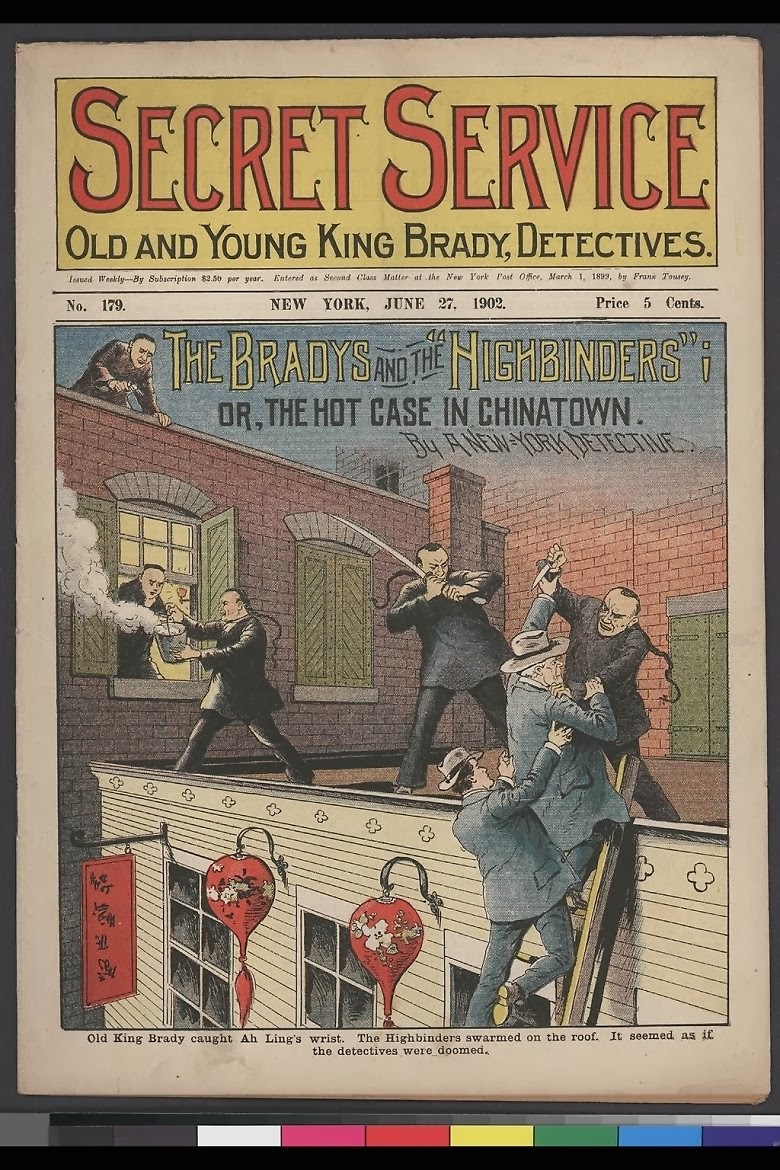 Fast forward to the year 1941, and a new Chinese stereotype of being "smart" was suggested by this advertisement by a paper product company, the Container Corporation of America, which exclaimed, "Darned clever... those Chinese!" 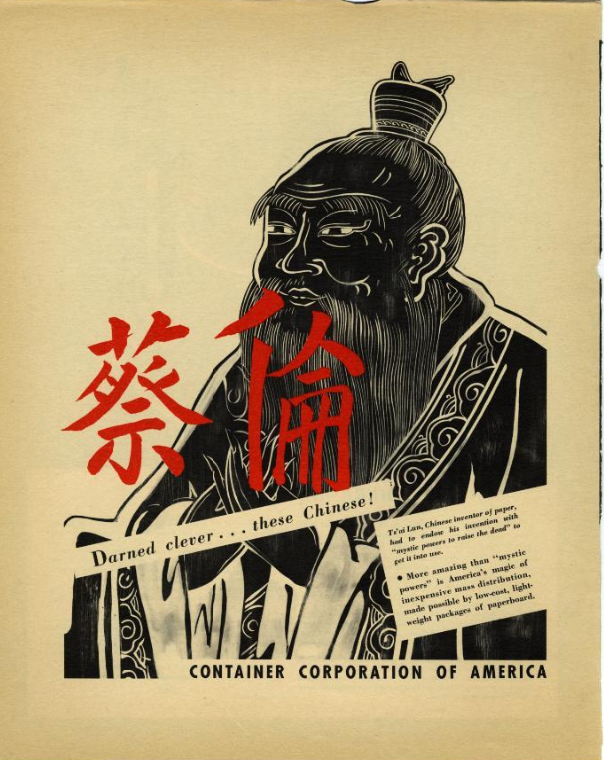 The reference was not to Chinese Americans, however, but to Ts'ai Lun who invented paper back in the Han Dynasty. The corporate ad copy adhered to the stereotype of the mystical East, asserting that Ts'ai Lun's technique for paper invoked "mystic powers to raise the dead," whereas America's (corporate) magic lay in "low-cost, light-weight packages of paperboard."

Posted by Chinese American Historian By Chance at 12:01 PM No comments:

Chinese Americans and Problems in U. S. Census Records

The decennial U. S. Census is an important source of information for many purposes including federal allocation of resources to states and localities as well as apportionment of seats to each state in the House of Representatives based on population size.  Information about individuals such as where they lived, what work they did, and demographic information is invaluable for genealogical and historical research.

However, getting complete and accurate census information is much more difficult than one might realize. Viewing a government video created for the 1940 census (records which were only released last year) is illuminating.  Even though the film uses a mock census interview, it shows how demanding the process was and one can imagine how many ways it could involve errors. 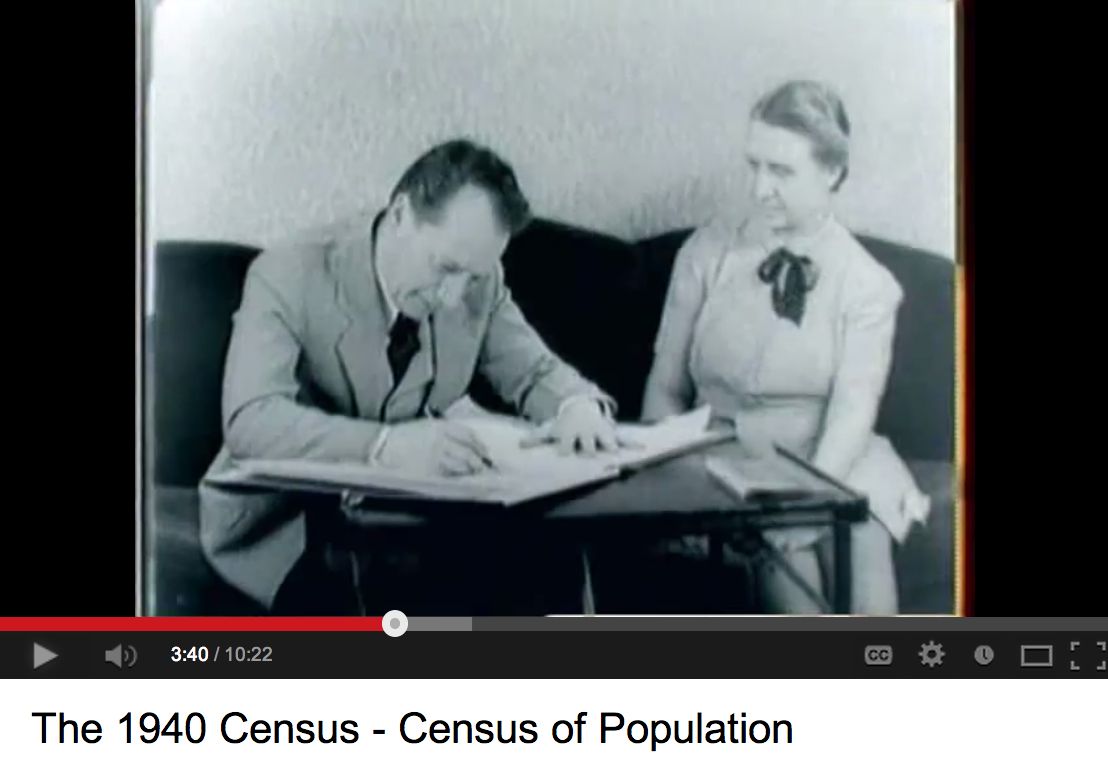 Problems of getting valid information about Chinese immigrants is especially difficult. The unfamiliarity of Chinese names for census enumerators (most, if not all, from white European backgrounds) made for problems of accurate transliteration of names. The name order for Chinese being the reverse of Eurocentric names added inaccuracy. Distrust and fear of the purpose of the census, especially for the many Chinese with false or paper son names, undoubtedly led them to be absent when the census taker came. An earlier post gives more details of these problems that existed with census records of Chinese.

One illustration of other problems was the egregious error in some census data involved confusion of the codes used to distinguish Chinese (C 4) from Colored (C 2), the term used for decades for black Americans leading to an "overcount" in some cases because "Colored" was counted as "Chinese"as detailed not only for 1940, but also as early as 1910.  These are only two small examples of errors involving the count of Chinese. They are just the "tip of an iceberg" but I did not try to determine how large that iceberg might have been.

Posted by Chinese American Historian By Chance at 9:53 AM No comments: