The 1882 Chinese Exclusion Act barring entry of laboring class immigrants from China had a devastating impact of Chinese in America that lasted for decades as it was not repealed until 1943.
During these 61 years, many Chinese families remained separated, with some members in the U. S. and others in China, unable to be reunited. The bachelor societies that were the result of the law denied family formation and the benefits of families for communities. Gambling, opium smoking, and prostitution were some of the consequences for bachelor societies.

Although the repeal of the Act in 1943 was no more than a symbolic and political gesture, permitting the entry of only 105 Chinese each year, from the rest of the world, nonetheless it was an important improvement in the status of Chinese in America and cause for celebration in Chinese communities.

One would not expect as much positive impact for the rest of American society, as the changes to immigration would not have much effect on nonChinese.  Evidence that the repeal on Dec. 17, 1943 was of no special significance to most Americans can be seen in newspaper reports, three examples of which are shown below.

The report of the repeal was buried among the advertisements for movies in the Idaho Register on Dec. 19, among the comic strips in a Pennsylvania paper on Dec. 21, and on the front page at the very bottom of an El Paso, TX. paper on Dec. 18. Clearly, the repeal of the Chinese Exclusion Act was not considered newsworthy by the American press. 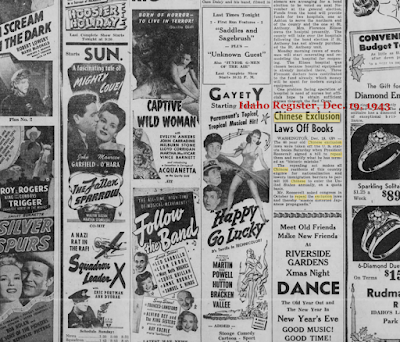 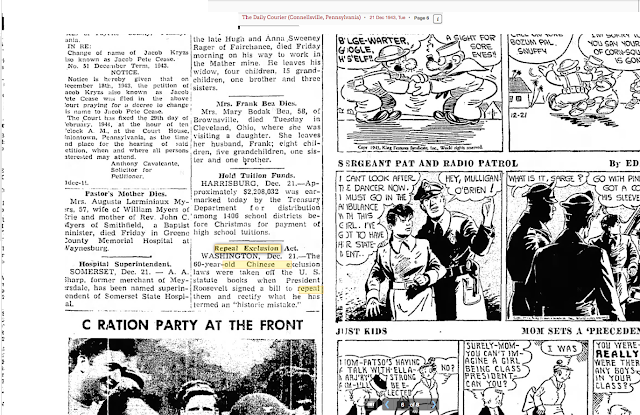 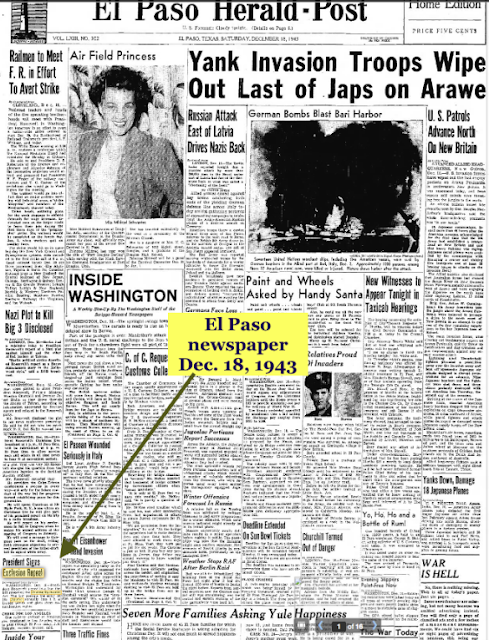 Posted by Chinese American Historian By Chance at 2:48 PM No comments: Links to this post