One popular "legend" about chop suey is that the dish was unknown in America before a Chinese chef created it for Viceroy Li Huang Chuang during his visit to New York in 1898. However, evidence exists that chop suey was already known in America before his diplomatic visit. For example, a 1892 article in the San Francisco Chronicle described the dish, chow chop suey, as a popular dish at Chinese restaurant banquets. 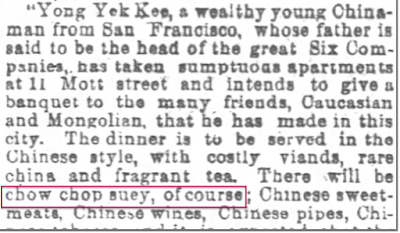 Before Li Huang Chuang was introduced to chop suey, judging from grocery store ads the dish was already known in America. A 1895 grocery store ad in Centralia, Wisconsin offered a 16. oz package of vegetable chop suey for 35 cents. 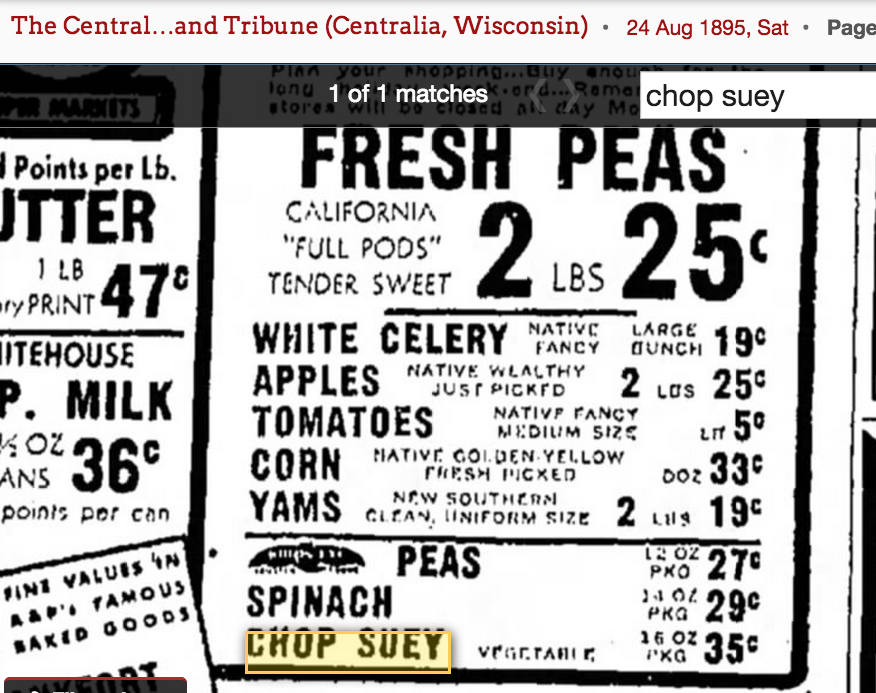 An advertisement in 1898 for the A & P grocery chain store in Laredo, Texas, offered pork cubes for chop suey for $1.89 lb. Clearly, these ads show that chop suey was already familiar to Americans prior to Li Huang Chang having his 1898 chop suey dinner.

Of course, because the celebrity status of Li Huang Chuang attracted large crowds to his public appearances in New York and Philadelphia, newspapers across the country publicized his visit and his approval of chop suey, which doubtless increased American curiosity and acceptance of this 'toothsome dish.
For more information about American views of chop suey:
http://sweetsour.yolasite.com/chop-blog-uey.php
Posted by Chinese American Historian By Chance at 9:52 AM No comments: