Arnold Genthe, a German immigrant, was the best-known street photographer of Chinese public life at the end of the 19th century on the streets of Chinatown. 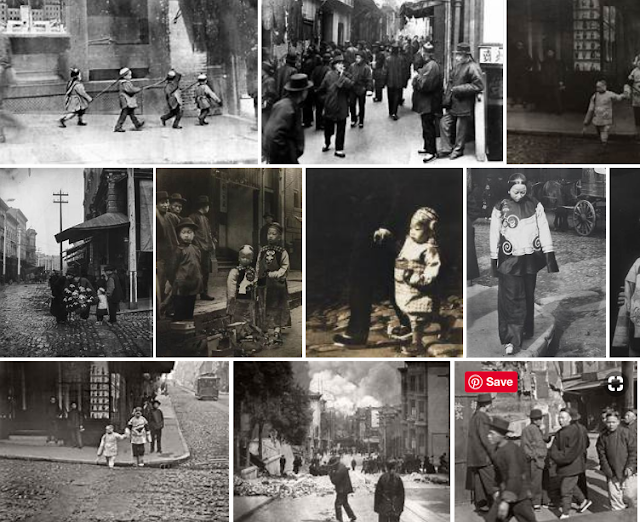 William Henry Jackson (1843-1942) took some rarely seen photographs of San Francisco Chinese, who judging by their attire, were better off financially than the typical Chinese immigrant. 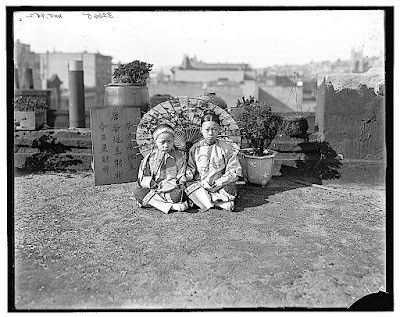 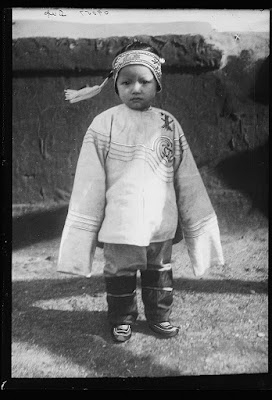 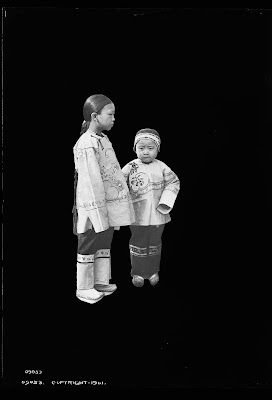 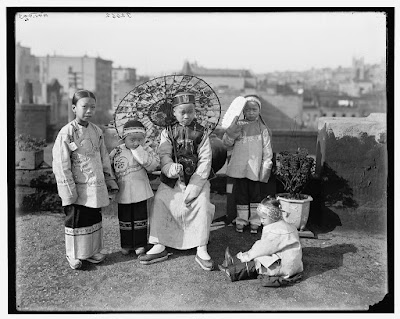 Jackson's portfolio had few photographs of the Chinese. Instead, he was a pioneering prolific landscape photographer and painter of the American West even though Ansel Adams has achieved greater recognition with his photographs in Yosemite.

"From 1870 to 1878 Jackson was the official photographer for the United States Geological and Geographical Survey of the Territories. His photographs of the natural wonders of northwestern Wyoming, taken during the Hayden survey expedition of 1871, were exhibited in the U.S. Capitol in Washington, D.C.  Members of the U.S. Congress were so impressed by Jackson’s photos that his work was one of the major factors in the congressional vote that established Yellowstone National Park in 1872."

Posted by Chinese American Historian By Chance at 9:57 PM No comments: Links to this post

Mah Jongg, a game of skill and strategy that is likened to the card game, rummy,  but using small bakelite tiles instead of cards, originated in China during the Qing dynasty around 1870. It was a popular recreational pastime, sometimes involving small stakes gambling, but with the rise to power of Communist China in 1949, gambling was disapproved.  The game was even banned during the Cultural Revolution but has since regained its appeal in contemporary China.

In the 1920s, mah jongg became wildly popular in America, especially with Jewish women. Abercrombie & Fitch, a clothing store, marketed it to Americans in 1920 and is said to have sold over 40,000 sets in one decade. Thus, despite the prevailing prejudices against Chinese people, Americans had no problems adopting Chinese games such as mah jongg. Note: "Chinese Checkers," a children's game, was Chinese only in name and decoration and made in Germany.

Ironically, this is the same New York store that in 2002 created t-shirts with racist slogans and images mocking Chinese until protests ended their sale. 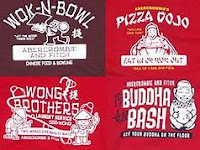 This wide acceptance of a Chinese game occurred even though in 1920 Americans still held racist attitudes and prejudicial treatment of Chinese immigrants.  A poem, Mah Jongg, by Edward A. Guest could not resist mocking the Chinese and their game. 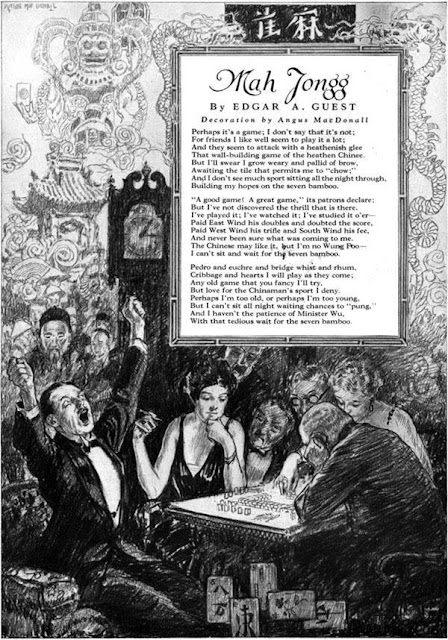 The 1923 cartoon below illustrating the difficulty of a white couple in understanding the rules for mah jongg invoked the belief that Wun Bum Lung, a laundryman, be consulted as if laundrymen ever had time to play it. 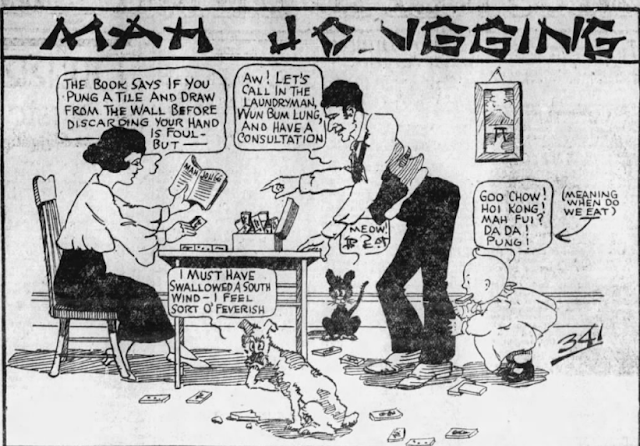 Christian clergy in Vancouver attributed social problems in China to the excessive playing and gambling associated with mah jongg.  They worried that it would cause similar problems in North America. 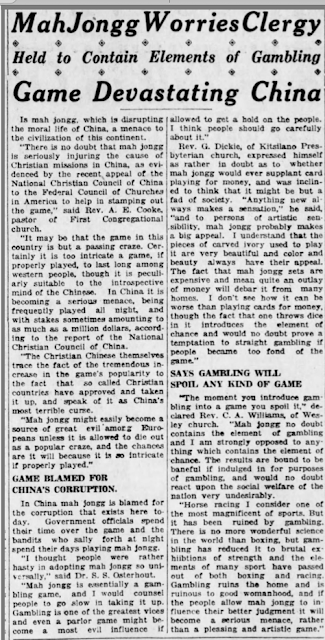 This fear seemed unwarranted and mah jongg is still popular, but the 1920s mania has subsided.  Currently, there is a large online market for mah jongg sets, especially "Oriental sets," and accessories.

Posted by Chinese American Historian By Chance at 10:16 PM No comments: Links to this post