Chinese Exclusion is usually viewed as the prevention of Chinese laborers from entering the United States based on the laws passed by Congress in 1882 for a decade, renewed for another decade in 1892, and made permanent in 1902 until its repeal in 1943.

However, Chinese who succeeded in gaining entry still faced other forms of exclusion for many years.  A sample of Oakland, California newspaper ads at the end of the 19th century did not hide policies of Chinese exclusion. Some white hotels and rooming houses excluded Chinese employees and lodgers, some white laundries would not hire Chinese, and a shirt manufacturer would not employ Chinese sewers or launderers. 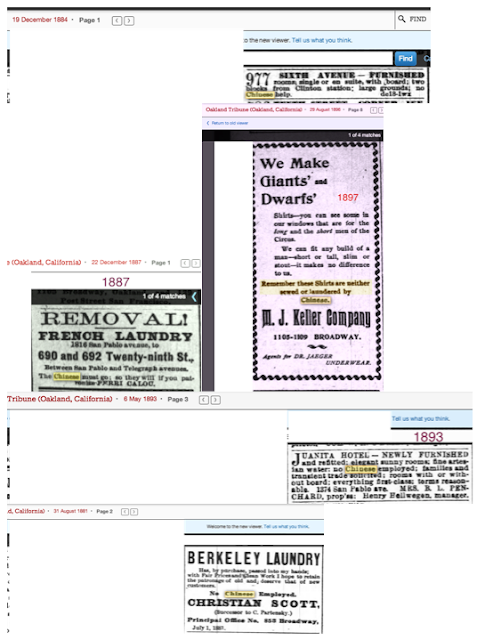 Posted by Chinese American Historian By Chance at 11:22 AM No comments:

A contradictory situation existed in Southern thinking in the mid 19th century with respect to the merits of bringing Chinese immigrants to the region.  On one hand, many aspects of the Chinese work ethic, earned respect if not admiration, as expressed below in a Nashville newspaper article written on the eve of attempts to recruit Chinese labor to come to Memphis en route to other parts of the Deep South. 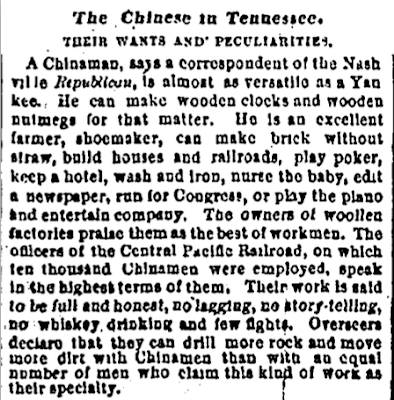 Despite the high praise bestowed by the writer on the Chinese, he cautioned that "it remained to be seen how John Chinaman will be received in the South." His doubts and xenophobia led him to
wonder, "how the Oriental will stand the stern Anglo Saxon test of labor, capacity and availability." 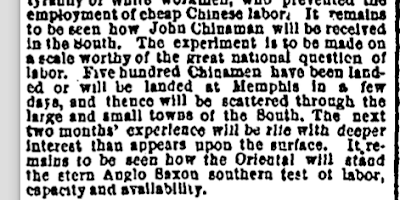 Now, 150 years or so later, his fears have proved unwarranted as the Chinese have made major contributions to the South.

Posted by Chinese American Historian By Chance at 3:43 PM No comments:

History of Chinese in America Needed in School Textbooks 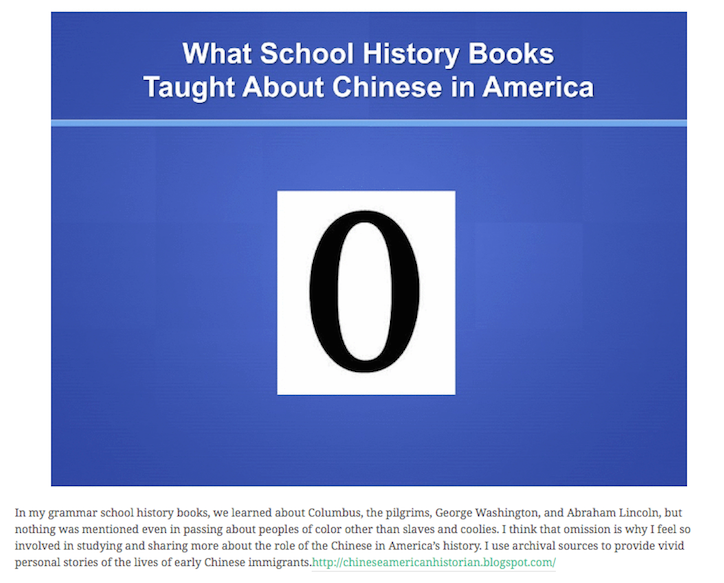 Posted by Chinese American Historian By Chance at 8:58 PM No comments: