Building walls to prevent immigrants entering the United States illegally is a hot topic under the Trump administration, but this approach is not a new idea.  In 1870, the concept was considered, but never implemented, as a way to prevent hordes of Chinese immigrants coming into the country. 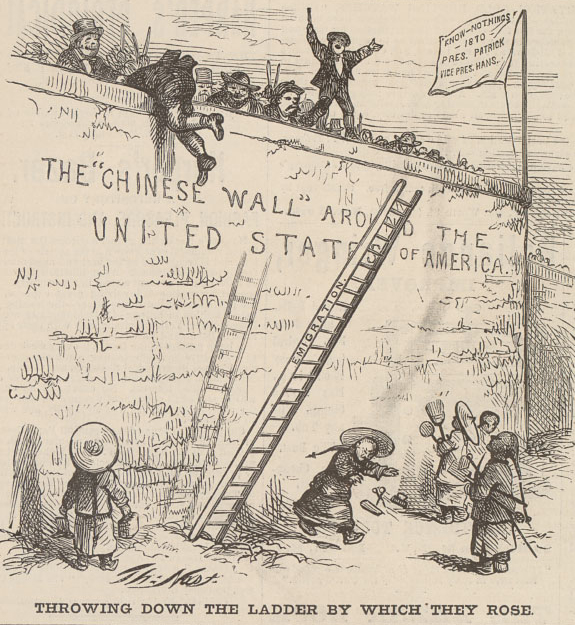 The current talk of border walls today focuses on our southern border with Mexico, and is directed primarily against illegal entries of Mexicans and Central Americans. However, there is now growing concern that Chinese are also being smuggled across the southern border just as they were over a century ago.

In addition during the late 1800s, there was concern about Chinese entering the U. S. across our northern border from various points across Canada which was receiving less scrutiny. 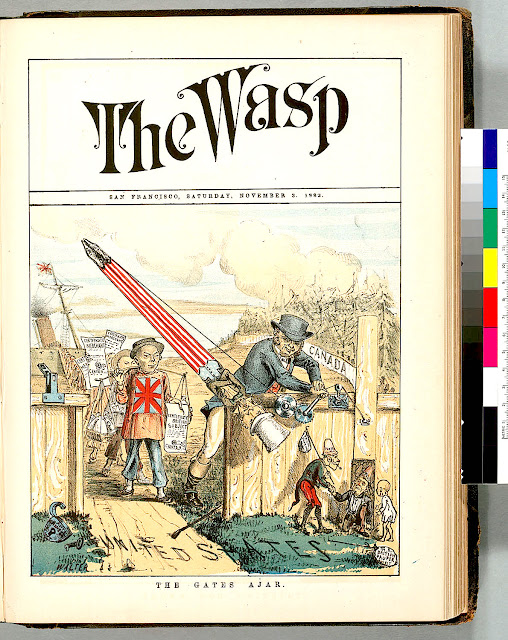 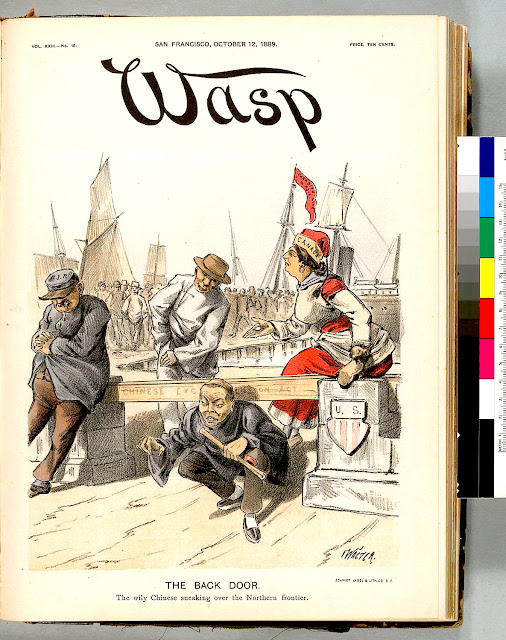 This 19th century fear of Chinese entering from Canada has largely vanished now and Chinese Canadians probably prefer staying on their side of the border.

But how effective can physical walls be to prevent those "wily" Chinese from illegal entry? As suggested in the cartoons from Puck at the end of the 19th century, Chinese are like chameleons, able to change their appearance easily and pose as Spaniards, anarchist, Irishmen, Sicilian, English wife-hunter, or  yacht racer." Whereas these disguises are rather unlikely, many Chinese crossed the southern border disguised as Mexicans, back in the day when Mexicans, but not Chinese, were allowed to cross the border freely. 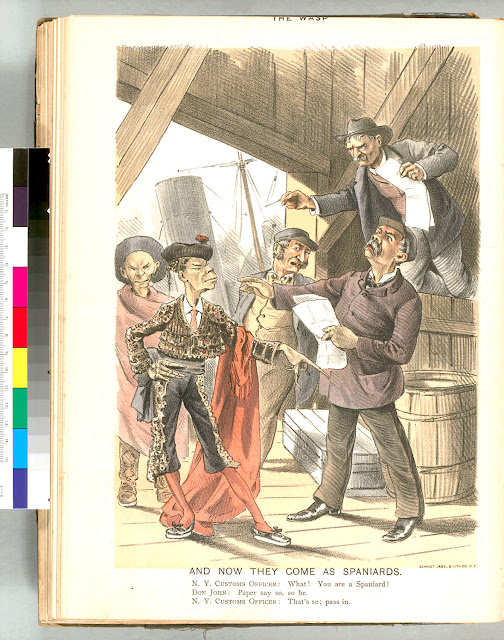 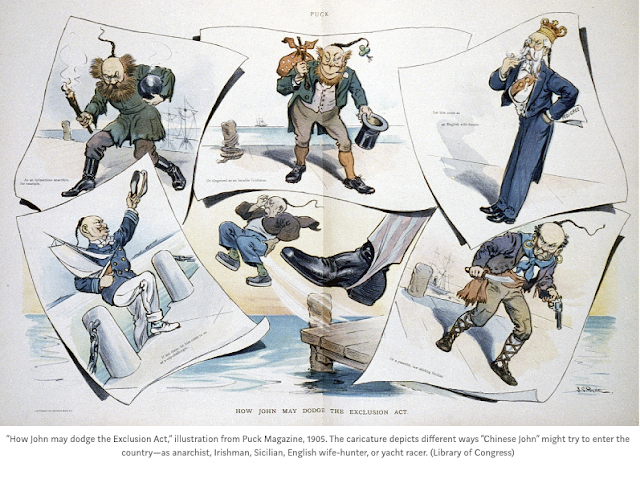 Posted by Chinese American Historian By Chance at 1:41 PM No comments: Links to this post

Why Were Chinese "Coolies "Crossing the Missouri" in 1870?

Is this 1870 drawing published in Harper's Weekly of Chinese "coolies" crossing the Missouri River an accurate rendering of an historical event or a figment of the artist's imagination? Aside from the mistaken use of the term, coolie, which did not apply to 19th century Chinese immigrants, where is this orderly single file line of Chinamen coming from and going to? 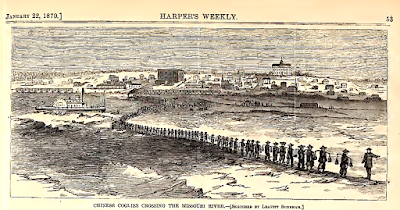 The Missouri River, referred to in the caption, flows through Omaha, Nebraska, the starting point for the Union Pacific Railroad which by 1870 had been extended westward to link at Promontory Summit, Utah with the Central Pacific Railroad coming from Sacramento, California to create the transcontinental railroad that linked the U. S. "from sea to shining sea."

The accompanying text in Harper's Magazine describes the scene of a "Mongolian Invasion" of 250 Chinese workers who had worked on the transcontinental railroad and were now crossing the Missouri River "on a plank walk across the uneven ice on the river to reach Council Bluffs, Nebraska, which was not their final destination. They were headed to Texas to work on railroad construction there. The "celestials," as Chinese were often called in the mid to late 19th century, crossed the river "carrying their baggage on poles balanced over the shoulder, in true Oriental fashion."

Leavitt Burnham, who drew the sketch, was a land surveyor in Nebraska for the United States Government in 1869. In 1870 he passed the bar and practiced law until 1878 when he was appointed Land Commissioner for the Union Pacific Railway company in Omaha.

What might have been Burnham's purpose or thinking behind this drawing? Was he illustrating how Chinese were moving across the country, and not just the Missouri River, to settle in the mid-sections of the United States? The year of the drawing, 1870, is accurate insofar as there were very few Chinese in the midwest or South before that year. However, it is somewhat simplistic to think that the Chinamen marched single file across the river, carrying bamboo poles across their shoulders to balance containers of baggage on each end.

Posted by Chinese American Historian By Chance at 10:25 PM No comments: Links to this post