The Ships That Brought Early Chinese to Gold Mountain

By 1867, the Pacific Mail Company was given authority by the U. S. government to operate steamships that transported the early generations of Chinese immigrants from Guangdong from Hong Kong to Pacific ports like San Francisco. These were large vessels, some with luxurious accommodations and  amenities for cabin passengers. 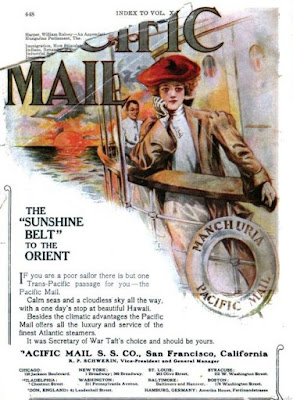 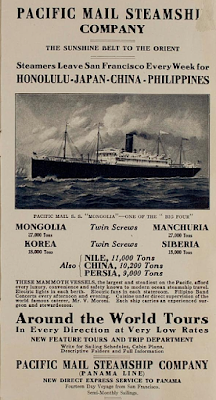 Chinese could not occupy the upper cabin levels but travelled in the cheaper steerage class below the cabin levels next to the cargo hold, which was crowded, uncomfortable, and unsanitary, especially since the voyage could take several weeks for the earliest immigrants in the late 19th century. 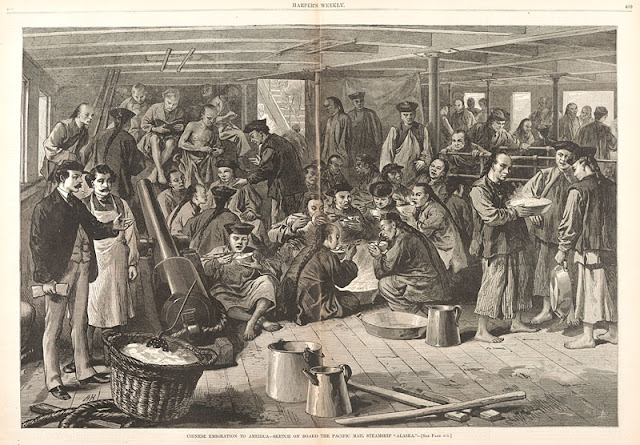 The Pacific Mail Company had financial difficulties by 1900 and the government transferred the route to the Dollar Steamship Lines. 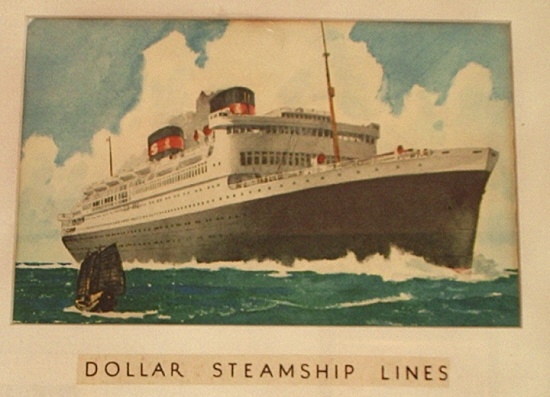 From the early 1900s to early 1930s, the Dollar Steamship Line, named for the owner, Robert Dollar, operated the President line of ships, President Harrison, President Cleveland, President Wilson, and eight other ships named after Presidents.  The success of the company ended with the Great Depression when the high costs of new ships, the President Coolidge and President Hoover, proved its undoing, and the U. S. government transferred its ownership and operation to the American President Lines. 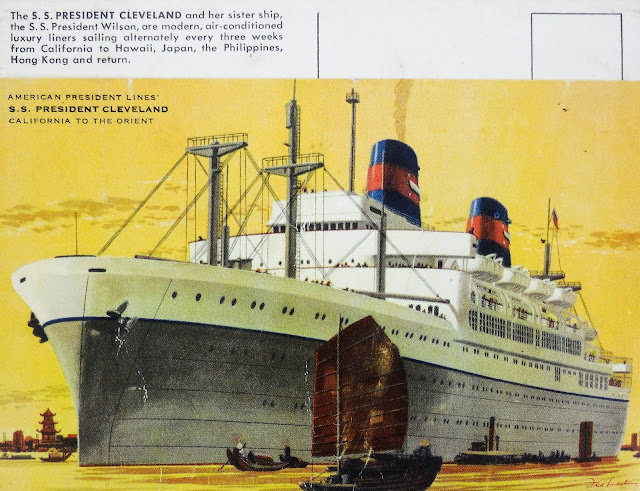 Unlike the austere quarters for steerage passengers like our Chinese ancestors, the upper deck cabins of these ships were refined, if not luxurious, as the following images show.

To see other photos and description of life on the ship for tourists, this link goes to an archive on the Dollar Steamship Line. 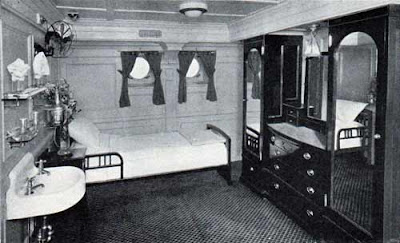 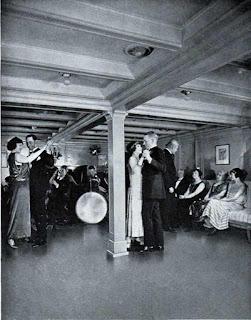 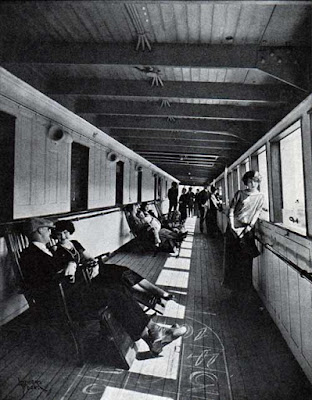 And while it is not stated what Chinese, and other passengers, in the crowded steerage section were provided by way of food, it was probably of poor quality, quantity, and taste.

In contrast, the tourists in the cabin class had dining room service with elegant menu offerings as shown in the menu below on the President Hoover in 1932 with the artistic cover. 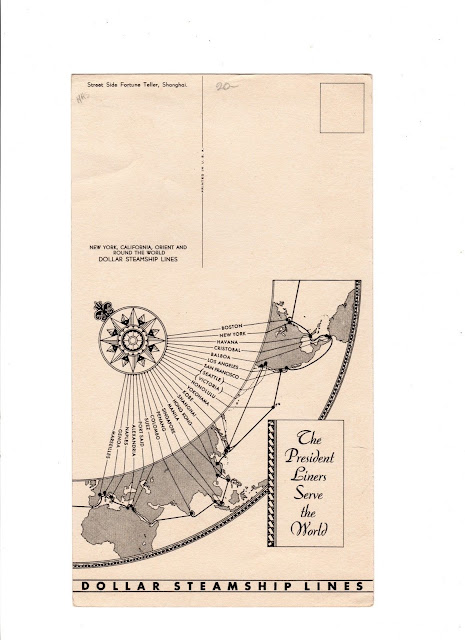 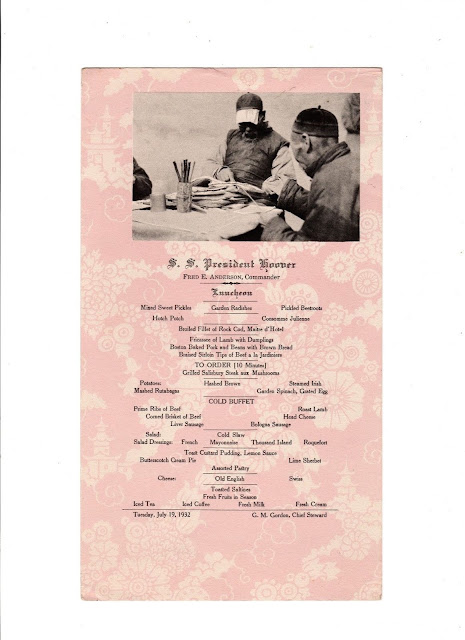 Among the luncheon offerings were filet of rock cod, fricassee of lamb with dumplings, braised sirloin tips a la Jardiniere... and assorted pastries and cheeses for dessert.

At the top of the menu page is a picture of  two Chinese, one giving a fortune reading to the other man, an activity quite unrelated to the meal, but probably included to introduce the white diners to an unfamiliar exotic aspect of Orientals.

It is interesting also to see some of the 1940s advertising used by the American President Lines. So, while the cabin class tourists are wining, dining, and having fun, down below them are the Chinese immigrants stuffed in the steerage class on their way to Angel Island Immigration Station or to other immigration detention centers, hoping to enter Gold Mountain. 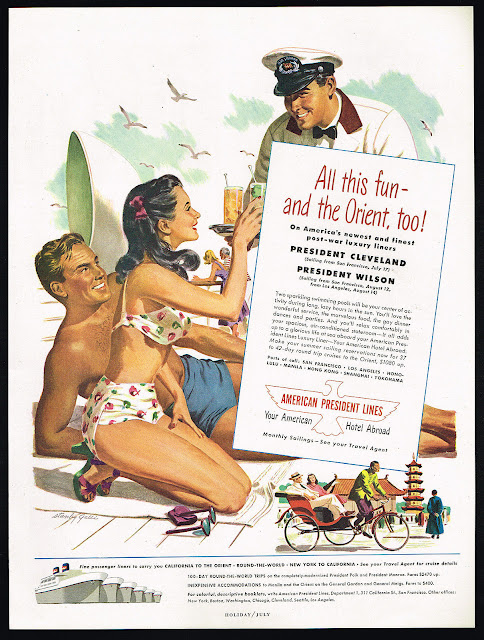 Posted by Chinese American Historian By Chance at 9:48 PM 2 comments: Links to this post