Faces and Places of Chinese Miners on Gum Saan

Many Chinese immigrants came to California to seek their fortunes on Gum Saan or “Gold Mountain” after the 1848 discovery of gold in the Sierra mountains. Although many accounts have been written about these men, there is little visual evidence about these men who struggled in their quest for gold.

An unusual and fascinating document at the California Historical Society is a notebook maintained by John T. Mason, a justice of the peace in Downieville, once a thriving gold mining town in the Sierras in the mid 19th century that gives rare and arresting head and shoulders photographs of close to 200 Chinese, the majority being miners, but included some cooks, and several merchants.  The collection of photographs, probably taken for use on the identity cards that Chinese were required to carry under the1890 Geary Act. Most of the photos, which resemble police mug shots, were taken in 1894 by D. D. Beatty at Downieville in Sierra County. By this date, Downieville was no longer a major source of gold but some elderly Chinese miners were still there. The grim and sullen expressions on their faces reflect the harshness of their difficult lives as they were met with racial prejudices and physical violence. Each photo is accompanied by brief physical descriptions of the height, age, occupation (miner or cook), physical defects or injuries, and facial marks for almost 176 Chinese, mostly middle and older aged men, with no children and few women. 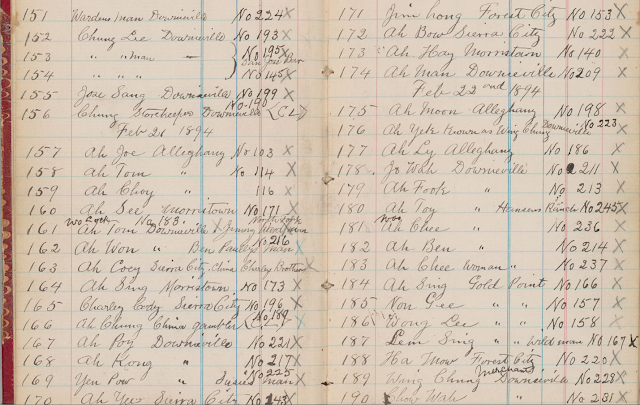 Partial list of the names of the 176 Chinese, mostly miners. 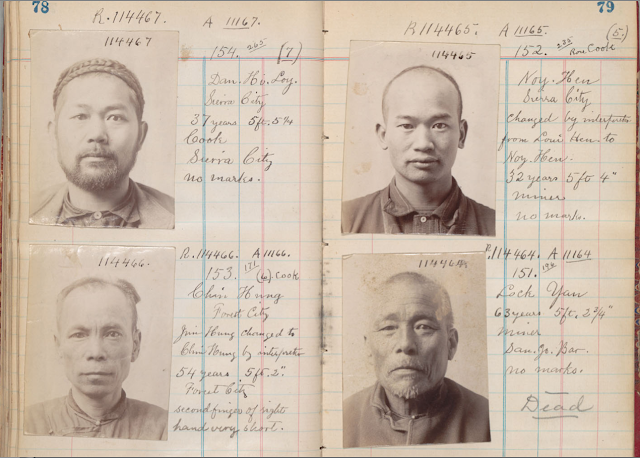 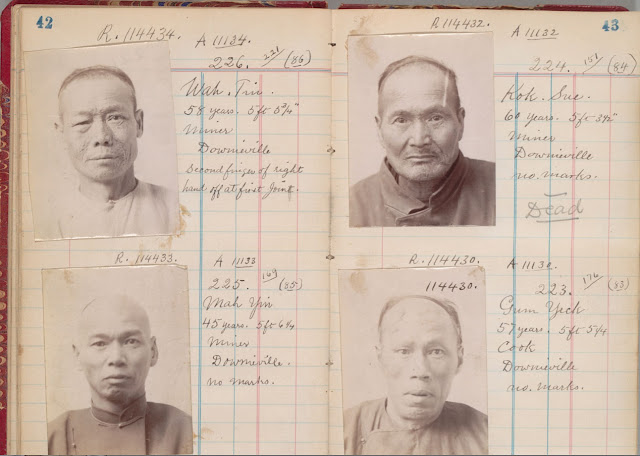 Photographs of eight of the close to 200 Chinese miners and cooks.

An accomplished contemporary photographer, Jason Francisco, took Mason’s journal and interspersed his own photographs of the rugged Sierra terrain and their ramshackle dwellings among the 70 or 80 pages of photographs of the Chinese to create a compelling visual document that almost brings the men back to life by embedding the isolated faces in the mug shots in photographs of the physical surroundings where they once lived and worked.

Francisco aptly describes his creation as “part document, part poetic archaeology.” Picturing the men in the physical landscape where they toiled in search of gold, Francisco gives us a deeper appreciation of the difficulty of their lives. 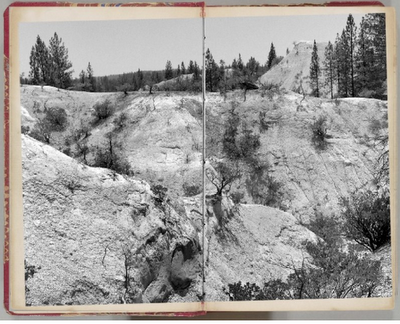 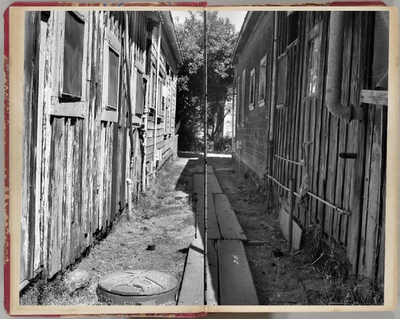 Two of Jason Francisco’s Photographs Placed Among the Pictures of the Men.

In Francisco’s words: “A Land of Shadows (2005-ongoing) is an inquiry into immigrant Chinese life in rural 19th century California—a communal life that was itinerant, vulnerable, preyed upon, resilient, and centrally important in the state’s and the nation’s history. Taking its title from a traditional Chinese metaphor for the domain of the ancestors, the project integrates my own photographs of the remnants of Chinese settlement in the Sierra Nevada foothills and the Sacramento Delta areas into a forgotten compendium of government mug shots of Chinese immigrants, made by D.D. Beatty in Downieville, circa 1890.” A Land of Shadows,  Francisco's creative remake of Mason’s album, draws attention to the need to include the historical experience of the Chinese miners to help us understand the emptiness that the photographs of the men project.
Posted by Chinese American Historian By Chance at 4:03 PM